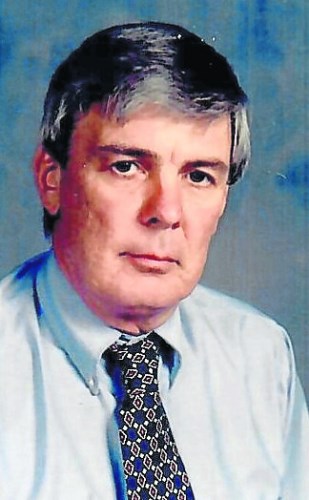 The Life of ROBERT RICHARDS

Robert (Bob) Richards of Brecknock Twp. passed on Monday, September 19, 2022, at the Reading Hospital. He left behind the love of his life, his wife Luz (Lopez) Richards, and the light of his life, Keefe Richards. He is also survived by a brother, Michael Richards, and his wife, Renata of Chandler, AZ. Bob was born in Reading, in 1943 to Robert E. Richards and Gertrude M. (Spalding) Sotter. He was raised in Reading to age ten, when the family moved to Mt. Penn. At Mt. Penn High School, Bob was a three sport (basketball, soccer, and baseball) athlete from 1958 to 1961. He was a graduate of Kutztown State College with an education degree in history and comprehensive social studies. He taught in the Reading School district for thirty-three years. He began his teaching career with nine years at Northeast Jr. High School and spent the last twenty-four years at Reading High School where he taught AP American History and Psychology. His coaching career spanned three decades. Beginning at Northeast, he was head soccer coach and 9th grade boys’ basketball coach. Moving to Reading High, he coached J.V. soccer for five years and was the varsity head coach for another five. He served as the varsity girls basketball coach for three years in the mid-eighties and took the Jr. High soccer job at Governor Mifflin for three years in the mid-nineties. He is a member of the Berks Gold Star association in recognition of his twenty plus years of scholastic coaching. He spent six years in the Pennsylvania National Guard where he achieved the rank of Sergeant E-5. He was a longtime member of the Berks Co. Historical Society and was elected for an honorary life membership in 2014 to the Reading Berks Basketball Association. His athletic participation after high school lasted for almost fifty years. He played basketball in the Berks Rec. League for the Mt. Penn Pagitas, who were league champions in 1965. He played for ten years (1966-1976) in the Reading City League for the Mt. Penn Tavern and the Exeter Golf Course. In softball, he played several years for the Exeter Golf Course (Berks Co. champions in 1974), and New Leinbach’s Hotel. His soccer playing career included nineteen seasons with the perennial Easton Pennsylvania Amateur Soccer League champions, The Wyo Kickers. He played on the over 30 and 40 kicker’s teams, retiring at age 66. Services will be private at the convenience of the family. Edward J. Kuhn Funeral Home Inc, West Reading is in charge of arrangements. Condolences may be expressed at kuhnfuneralhomes.com.