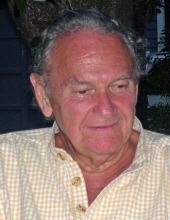 Known by such nicknames as “Tex”, “Surfin Fox”, “Fox”, “PopPop”, or “Bob”, Robert S. Bowers passed away at the age of 93 on January 2, 2023 at his eldest daughter’s home in Winchester Virginia. He was a great father, teacher, coach, grandfather, and friend and will be truly missed.

Born in York, Pennsylvania, Bob graduated from William Penn Senior High School in 1947 and went on to Gettysburg College where he graduated in 1951. Drafted into the Korean War upon college graduation, he spent 18 months in the Counter Intelligence Corps in Manhattan, New York. Following his discharge from the service, Bob went back to Gettysburg College to complete the required courses to obtain his teaching certificate. This is when he embarked upon his journey and true calling to positively impact and influence students, young men, and athletes.

Bob started teaching at Cumberland Valley High School where he also coached track and football. He later moved to teach biology and start the football program at York Central High School. With his one-liners like “it’s a long-way from your heart”, “one dog don’t stop no show”, and “they put their pants on just like you – one leg at a time”, he motivated his players. It was not only to motivate, but these one-liners also encapsulate his views and the way in which he treated others – all the same and with respect. It did not matter who you were or what you did, Bob engaged in conversation, found common ground, and put everyone at ease. Truly, this was his gift to the many students and players. He was not so much concerned about winning as he was about developing character, moral fiber, and young adults, particularly young men.

When he determined that teaching could not support a wife and his four children, Bob turned to sales and mostly worked on his own either as an independent rep or via his own company. This allowed him to not only earn more, but also gave him the independence to coach his sons and their respective Midget Football and Gettysburg National Bank baseball teams. He never gave up his one-liners nor his ambition to build character and morals in the next generation of young men.

While he had a passion for youth sports, he also had an interminable desire to continually improve himself. He was a voracious reader and obtained certifications well into retirement three of which included Real Estate, Licensed Practical Nurse, and Master Gardener. These certifications were in addition to the night school courses he took at St. Johns’ Law School while stationed in New York with the CIC. (His Life Experience Summary is eight pages long; seriously a “Summary”.)

Bob had an eclectic group of friends. His nicknames correspond with a certain period of time unique to such relationship. Tex was from high school when he exited a Western movie hitching up his pants and pulling down his hat (he had been shoveling snow in Downtown York following a blizzard and went into the movie house to get warm). Tex carried over into college and his fraternity Sigma Chi. Surfin Fox was attributable to his body surfing prowess on the beaches of New Jersey (a skill on which his family continues to work). Fox was from the Gettysburg College students when he lived in the town from 1969 to 1992. Each one was a different generation, but all could connect with same man.

Bob was preceded in death by his former wife Lois G. Bowers and his wife Catharine N. “Kitty” Peters. In addition to all of the women and men whom he taught or coached, Bob is survived by his four children: Kim Grove (Tag Grove) of Winchester, Virginia, Dr. Barbara Tautkus (Jim Tautkus) of York, Pennsylvania, Bobby Bowers (Linda Bowers) of Dallas, Texas and Dr. Bruce Bowers (Amy Bowers) of Dallas Texas, 11 grandchildren, and two great grandchildren. In lieu of flowers or other gifts, the family requests any donations to go to: Gettysburg Midget Football Inc, PO Box 4481, Gettysburg, PA 17325, or Gettysburg Little League, PO Box 3096, Gettysburg, Pennsylvania 17325. The family intends to hold a celebration of life ceremony later this year.