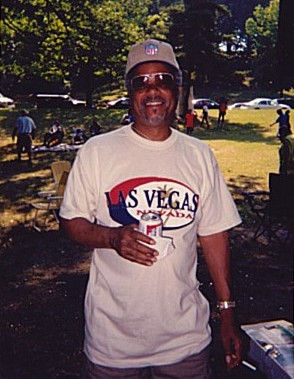 The Life of DONALD F. SMITH

Donald Francis Smith was born on December 7, 1934, in Pittsburgh, PA to Gladys Louise Smith and Paul Francis Smith. Donald was educated in the Pittsburgh Public School system and graduated from Schenley High School. Donald grew up in East Liberty where his nickname is “Smooch” Donald is a Veteran. He joined the Army in 1957 and was honorably discharged in 1962. While in the military, Donald met the love of his life Velvayne. They married in 1967. This union produced one daughter, Stefany Donn. They were married for 45 years until her death in 2012.

Donald retired from Westinghouse in 1994 where he worked for over 25 years. Donald was a hard worker at Westinghouse and received countless awards and recognition for his performance. Donald enjoyed retirement to the fullest. He & Velvayne traveled, they loved the casino. They also hosted many gatherings at their home where friends and family were always welcome. Donald loved music, especially Frank Sinatra. In his later years, Don could be found at home, sitting at his bar, listening to Frank Sinatra, and having a cold beer.

Donald passed away at 88 years of age late Tuesday night, January 3rd. He is preceded in death by his parents Gladys & Francis, sister Norma, wife Velvayne, his son Chauncey and grandson Devin. He leaves to mourn his sister Jean, daughter Stefany, son Darrin, grandson Jerrod Sr, granddaughters Alexis and Jada, 5 great-grandchildren, and a host of other loving family and friends. Donald will be missed by us all.