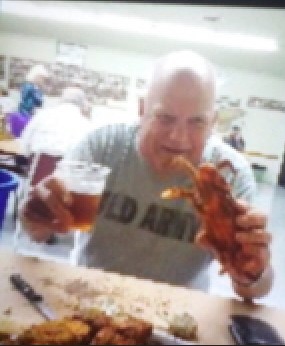 Frederick E. “Wyn” Stauffer, age 79, passed away at his home on October 30, 2022, surrounded by his family. He was the loving husband of Suzon B. Stauffer, with whom he shared 51 years of marriage.

Fred was born in York in 1943, the son of the late Frederick E. and Margaret (Downing) Stauffer.

He was a 1961 graduate of York Country Day School and attended Susquehanna University. After retiring from H.J. Williams Co., he returned to active duty in the U.S. Army, retiring in 1994.

In addition to his wife, Frederick is survived by his son Matthew F. Stauffer; his grandchildren Luke, Molly, Ty, Troy, and Jane Stauffer, his brother Richard W. Stauffer, and several nieces and nephews. He was preceded in death by his son Benjamin V. Stauffer.

He was a life member of the American Steam Engine and Old Equipment Society, a 54-year member of the Dallastown American Legion, Yorkana Game and Gun Club, and PACE Miata Club.

A Celebration will be held in the spring when the sun is shining, and it is warm – just the way he liked it! The family services will be held under the direction of Beck Funeral Home & Cremation Service, Inc. of East York.