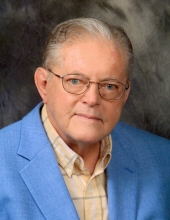 A celebration of life tribute service will be held at 11 a.m. on Friday, November 18, 2022 at Heffner Funeral Chapel & Crematory, Inc., 1551 Kenneth Rd., York with Pastor Ron Oelrich officiating. A visitation will be from 10-11 a.m. prior to the service. A private burial service for family will be held to follow. The service will be livestreamed at HeffnerCare.com around 11 a.m. by searching James’ obituary.

Born on December 31, 1927 in Lancaster, he was the son of the late Walter R. and Esther E. (Sheaffer) Hepler. James was an engineer for the former Trojan Yacht Company in Lancaster until his retirement in 1990.

James served our country in the United States Army.

Mr. Hepler is survived by two sons, James W. Hepler and his wife, Theresa of York and Eugene Hepler and his wife, Rose Ann of Arizona; two daughters, Helen M. McDermott and her husband, George of Florida and Dorothy A. Mylin of Lancaster; stepson, Edwin M. Miller of York; and several grandchildren and great grandchildren. He was preceded in death by two sisters, Dorothy M. Isaacs (2014) and Ruth H. Bradley (1989).