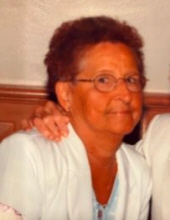 A viewing will be 10-11 a.m. Friday at St. Patrick Church 230 South Beaver Street. The Mass of Christian Burial will begin at 11 a.m. at the church with Rev. John Bateman as celebrant. Burial will be in Prospect Hill Cemetery. The John W. Keffer Funeral Homes and Crematory, Inc., East York, is assisting with the arrangements.

Mrs. Ruby was born June 14, 1930 in York,
a daughter of the late Percy and Mary
(Kuhn) Zorbaugh. She was a member of St. Patrick Church where she served as a Eucharistic Minister. She had been employed at Danskin, Orinoka Mills, Thonet Industries, and York Casket.

Memorial contributions may be made to Alzheimer’s Association.