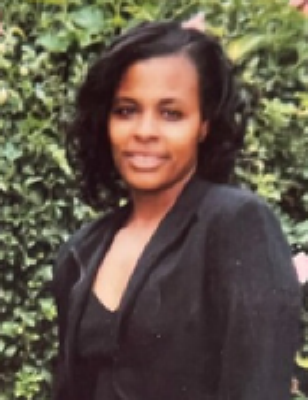 The Life of TONYA L. TURNER

Tonya was born on April 17, 1967, in Pittsburgh, Pennsylvania. She was the beautiful daughter born to Elizabeth and Charles Turner. After her father passed away her mother made sure to keep the family even closer together. Tonya was the youngest of five but took on a big role in helping take care of her nieces and nephews.

Growing up Tonya was a sweet child who loved to play with her friends in Enright Court. She always stood up for her family no matter the consequences. You could always catch her drinking a Pepsi and eating sunflower seeds which were still her go-to snack even in adulthood. All her life she watched her mother work hard to provide for her family and that trait followed her throughout her life.

Tonya was a focused and determined young lady who worked hard throughout the school both in the classroom and on the track field. After graduating from Peabody High School, she decided to begin a career as a cashier at KFC. Tonya worked at KFC for 26 years and in that time period, she became an assistant manager. Being the caring aunt that she was she helped two of her nephews Walter and Kevin get a job with her. When it came time for fun, she was the woman to go to for her wild-themed parties.

During the election time(s) she would assist her mother in working as a minority inspector for the board of elections. In 2010, she decided to continue helping the community and worked as an enumerator for the U.S census. Up until she was diagnosed with cancer, her last 11 years of work were at Grand Grounds at Allegheny General Hospital. Being the hardworking woman that she was, it wasn’t a surprise that she received a certificate of recognition for her dedication over the years.

At the age of 36, she married Darnell Harper and although they divorced, they had four amazing children together. She didn’t always know what to say, but she always knew what to do. She helped her one and only son France start his real estate company and helped him raise his four children. You would always catch her on the sidelines with Chyna and Asia watching India play soccer, dance in her band parades, and even graduate college.

As any parent would do she supported Chyna through her cancer journey, always encouraging her to live life and express herself through her art. Asia being the baby of the family just like her mom never missed any of Asia’s everlasting activities, such as basketball games, cheerleading, volleyball, dance performances, and all of her award ceremonies.

If you asked her who her favorite child was, she would always say “I love all my children”, but we all knew she loved her grandchildren the most. The family was a big thing for Tonya and no matter what she always made time to tell everyone about their accomplishments. She was a wonderful hardworking woman who always thought of others before herself.

Tonya loved early mornings, especially waking up to see the deer that would come visit her in the backyard at her son’s house. She loved to travel and experience new things and she enjoyed going to the casino, the meadows being her favorite. No one could go wrong with getting her scratch-off tickets or anything that had to do with the Steelers football team. Tonya was very competitive and would always bet to see who could hold their hands up the entire ride of the roller coasters at Kennywood Park. She always played the lottery and liked to sing and dance. Even though Tonya and her daughters always worked they always made time for Girl’s Crew game nights and dinners. To hear her laughter and see her smiling was always a priceless moment. Although she kept to herself she had many friends and was a well-loved member of the community.

Tonya Lee Turner, age 55, passed away peacefully in her sleep surrounded by her four children on Friday, September 2, 2022. She had succumbed to her diagnosis of intrahepatic cholangiocarcinoma (liver cancer) which she had been diagnosed with in November 2021. Tonya is predeceased by her parents, Elizabeth and Charles Turner, and her brother, Chuckie Turner. She leaves beautiful memories to her son, France; her three daughters, India, Chyna, and Asia; four grandchildren France Jr., Briana, Paris, and King. her sisters Charlene Turner, Sherri Roberts, Minnie Strazzia, and brother Michael Turner. Along with her amazing family and friends. She was very well loved and will be terribly missed.

To send flowers to the family or plant a tree in memory of Tonya Lee Turner please visit our Tribute Store.
Read More