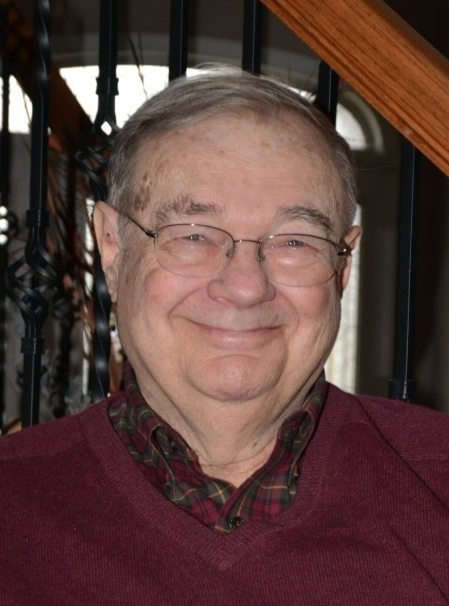 Born in Reading, William was the son of the late William M., Sr., and Elizabeth H. (Hein) Greenawald. A proud resident of Kutztown his entire life, he was a 1955 graduate of Kutztown Area High School and a member of St. Paul's United Church of Christ.

In 1961, he began his banking career at the Kutztown National Bank and continued as a trust officer through several bank mergers until his retirement from banking in 1991.

William enjoyed being a bus and van driver for the Kutztown Area School District and Brandywine Heights Area School District for many years from 1987 until his retirement in 2018. He had a particular passion for driving the band and sports teams. In addition, he served as a school bus driver instructor.

Bill always made community service a priority in his life and was extremely active in many community organizations. He belonged to Huguenot Lodge #377, F. & AM, Kutztown, and was a member of the former Kutztown Jaycees, where he served as treasurer, vice president, and director. He had the honor to serve as the secretary of the Kutztown Sesquicentennial Association and was a major photo contributor for the Kutztown Bicentenial celebration.

Bill was on the Becker's St. Peters Cemetery Association's Board of Directors since 1973, and served as its treasurer for 42 years until his passing.

From 1979 to 2019, William was an announcer and scoreboard operator for the home basketball games at Kutztown Area High School. His dedication was honored by the Berks County Interscholastic Athletic Association with a Gold Leaf Membership.

Bill enjoyed rooting for the Philadelphia Phillies and following high school and college sports. Above all, he enjoyed spending time with his family and celebrating his grandchildren's achievements.

A funeral service and burial in Becker's St. Peter's Cemetery, Richmond Township, will be held privately by his family.

In lieu of flowers, memorial contributions can be made in William's memory to The Kutztown Fire Company Truck Crew, P.O. Box 241, Kutztown, PA 19530.

I will miss Bill dearly. Bill and I became great friends working together driving school bus. I loved sitting and talking with Bill about everything from the weather to sports and my passion horses. I was always amazed with the amount of knowledge he stored in that brain of his. I would call him to see how he was doing and listen to whatever adventure or project he was working on. Bill had a great admiration and deep love for his family. He always spoke of them with a smile and we laughed together with stories of his grandchildren and great grandchildren. When my own father passed away he always stepped up with thoughtful advise. I truly love Bill as a great friend and mentor. May he rest in peace with his lovely wife.