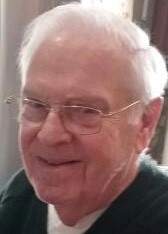 The Life of Jack H Tefankjian

Jack (Hagop) Tefankjian passed away peacefully on January 11, 2022 at his home with his wife Marion and children Tracy and Gregory at his side. He was 92 years old.

Jack was born in Union City, New Jersey in 1929 to John and Haiganoosh Tefankjian (nee Abazian), who had immigrated to the United States from Armenia. He had two siblings: an older sister Angele who predeceased him when she was a child, and his younger brother Paul. When he was a child, Jack and his family moved to New York where he attended technical school. He moved to Philadelphia with his family when he was in his 20s and worked as a machinist.

Jack enjoyed traveling with his close friends who played in the Gomidas Band. He met his future bride, Marion (nee Fanarjian), who was from Kearny, New Jersey, at an Armenian dance in North Jersey where the band was playing. They married in 1961 and settled in Havertown, Pennsylvania. Jack became a supervisor at a plastics manufacturing company where he worked for several years. The second half of his career was in automobile sales. Jack worked full-time until age 79.

Jack was a very devoted husband and a very proud father and pop-pop. His favorite pastimes included fishing and going to the beach in Brigantine, road trips to Maine, taking cruises with Armenian friends, and spending time with the family dog Chloe. Jack will be dearly missed and forever in our hearts.

Jack is predeceased by his infant son Steven and his brother Paul. He is survived by his devoted and loving wife of 60 years Marion, daughter Tracy Walsh (David), and son Gregory Tefankjian (Jennifer), and grandchildren Lindsey and Madison Walsh. He is also survived by his niece Carol Dolphin and nephews John and David Tefankjian.

In light of present day challenges with the pandemic, the family has elected to have private internment services with Fr. Oshagan of St. Sahag and St. Mesrob officiating prayers and he will be laid to rest beside baby Steven in Arlington Cemetery in Drexel Hill.

In lieu of flowers, memorial contributions may be made in Jack Tefankjian’s name to:  St. Sahag and St. Mesrob Armenian Apostolic Church, 630 Clothier Road, Wynnewood, PA 19096, or the Alzheimer’s Association.