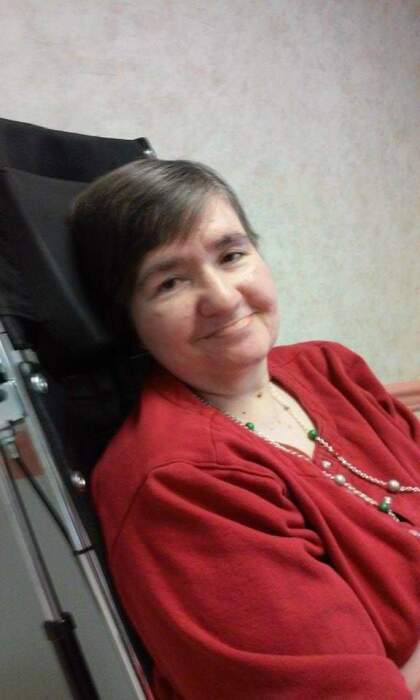 The Life of MaryAnne Menchefsky

MaryAnne Menchefsky, 65, Pottsville died Tuesday, December 28th at Pottsville Health & Rehabilitation where she had been a resident for six years.

Born March 4, 1956 in Pottsville, she was the daughter of the late Leonard Menchefsky, Sr. and the late Elizabeth Komanitsky Menchefsky.

She was a 1975 graduate of Nativity BVM High School and was employed by the former Pottsville Hospital in the dietary department.  She was also a member of St. Patrick’s Roman Catholic.

In addition to her parents, MaryAnne was preceded in death by brothers Gerard and Leonard, Jr.

Mass of Christian Burial will be celebrated Wednesday, January 5 at 10 o’clock at St. Patrick's Roman Catholic Church Pottsville.  Family and friends are invited to pay their respects from 9o’clock until the time of Mass.  Interment will be held on the grounds of Schuylkill Memorial Park Schuylkill Haven.

Schlitzer Allen Pugh 515 West Market Street Pottsville has been entrusted with the arrangements.