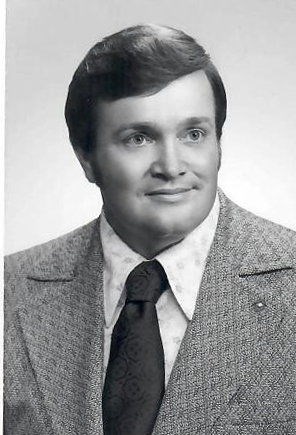 The Life of William J Angelo

Born in Cass Twp., he was a son of the late Santino and Sophie Keyso Angelo.

He was a 1961 graduate of Nativity BVM High School. He was a member of St. Michael the Archangel Church of Holy Family Parish, Minersville. He was a retired equipment operator and mechanic from the International Union of Operating Engineers.

Bill's kind heart and witty nature touched the lives of so many throughout the Minersville community. For nearly three decades, Bill was an elected member of the Minersville Borough Council. He also served with the Minersville Civic Club, Good Will Fire Company, and was heavily active in youth sports for more than 25 years, coaching Little League baseball and midget football. He was a member of the Sunny Rod Gun Club and also participated for 52 years at the Malvern Retreat Home.

His heart-warming spirit and generosity was best captured in his role of "spreading Christmas magic." For decades, Bill volunteered with various local organizations as he put smiles on generations of children throughout the Minersville community.

When Bill wasn't spending his time with family or giving back to the community, he was an avid sportsman and enjoyed trips to his cabin in Sullivan County with the guys, many of whom he coached through the years.

Whether you hung out with Bill regularly or ran into him every now and then, many will remember his one-liner words of wisdom and humor that would make anyone laugh.

In addition to his parents, he was predeceased by a sister, Emma Paulosky; and two brothers, Santino and Vincent Angelo.

Mass of Christian Burial will be celebrated at 11 a.m. Friday in St. Michael the Archangel Church, 539 Sunbury St., Minersville. The Rev. Adam Sedar will officiate. Relatives and friends may call from 8:30 a.m. until the time of the service on Friday morning at the church. Interment will be in Schuylkill Memorial Cemetery, Schuylkill Haven. The family would prefer remembrances in the form of contributions in memory of William to the Minersville Library, 220 S. Fourth St., Minersville, or to the Malvern Retreat House, 315 S. Warren Ave., Malvern, PA 19355. Contributions will be accepted at the funeral home. Arrangements are by the Donald J. Butler Funeral Home, Minersville.