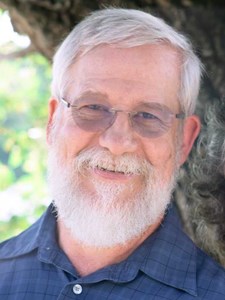 The Life of Johnny Bernard Heston

Johnny B. Heston passed away on September 5th, 2021 at 3:15 am in Olathe, Kansas.Born in 1957 to John and Rose Heston in Des Moines Iowa, he grew up with an older and younger sister on the family farm in Derby, Iowa.In 1977, Johnny graduated from AIB in Des Moines with a degree in Accounting and Computer Programming.In 1980, he felt called to prepare for full time Christian ministry, so he quit his job as a computer programmer, moved to Olathe, Kansas and enrolled in MidAmerica Nazarene University. He graduated from MidAmerica with a degree in Practical Theology in 1983.While there he met and grew in love with Kendana (Dana) Cobb. Their wedding took place on August 27th, 1983. They had ten children between 1985 and 2007. At the time of his passing, Johnny was working in his 40th year with a series of Banks that eventually became US Bank. He was committed to excellence in his work, especially in his personal relationships, dedication and support of each person on his team. His absence is sorely grieved by his team and fellow associates.As a husband, Johnny treasured his wife. He served her as Christ serves the Church. Side by side, they co-created their life and family legacy. Johnny has been a steadfast rock for Dana, through the many challenges and difficult seasons of life. Creating an exceptional marriage was one of their core values. They invested in their marriage and in one another’s lives with steadfast intentionality. Johnny chose Dana daily. He loved her, served her, actively sought to understand and support her, came alongside her to help her desires, and very intentionally empowered her to be all she is designed to be.As a father, Johnny intentionally fought to win the heart and trust of each of his children. And he won! He taught the practical things (like how to change a tire, or load the dishwasher the “right” way). But more importantly was his demonstration of love, character, work ethic, integrity, and fun. He led in all these things by example and embodied these principles in his own behavior and actions with each of his children.He was actively present in the lives of his children, and met them in their unique values, expressions and desires. As everyone grew, he matured as a father by consciously learning from each child, connecting with them, supporting them, and loving them unconditionally. He was consistently the first resource for wisdom, input and support. His children each had their own relationship with him and they not only called him Dad and Father, they called him friend, mentor and guide.As a friend, Johnny lived out loving your neighbor as yourself. Much of how he loved was by quietly serving. Often first to arrive and last to leave he quietly served behind the scenes. One-on-one, Johnny was the type of friend who would speak the truth in love and offer his wisdom when asked. He was there for countless friends through difficult seasons, weeping with those mourning, and rejoicing with those celebrating. He valued loving relationships and prioritized creating time for connection, even when life was incredibly busy. His intentionality created a lasting impact on countless lives.As a believer, Johnny dedicated his life to Jesus. He lived a life of worship before his Heavenly Father. He served as a deacon, elder, worship leader, and countless other roles in his journey of helping start and run a church for decades, to his current attendance at Church of the Harvest. More than all, Johnny created a lifestyle that was an act of worship and alignment with his Creator in all his coming and going.He enjoyed privately studying the Bible in depth. He had a passion for understanding root words and their original context. He never shied away from the difficult questions, wrestling through them, and deepening his relationship with his Heavenly Father through struggle. He yearned after God’s heart first and foremost returning always to worshiping even when he lacked understanding. In many ways, this constant desire and seeking was the bedrock of the love and integrity he embodied as a Husband, Father, and Friend throughout his life.Johnny was greeted in heaven by his parents, a son, and his grandchildren who preceded him in death.He is survived by his wife, Dana Heston.By his Children, Jonathan and his wife Chloe, Rachelle and her husband James Fry, Susanna and her husband Nathanael Satterlee, Thomas and his wife Esther, Lydia and her husband Chris Troyer, Stephen and his wife Heather, David, Bethany, and Johnashur.By his grandchildren, Shiloh and Gideon Heston, Eleanor, Jonathan, and Haldon Fry, and Amy, Anthony, Keenan, and Lillian Satterlee.And by his sisters Marilyn and her husband Randy Querrey, Beth Heston, and many nieces and nephews.Visitation will be at Penwell-Gabel in Olathe on Friday 9/10/21 from 6:30-8:30pm.The address is 14275 S Black Bob Rd, Olathe, KS 66062.His memorial service will be held at Church of the Harvest in Olathe on Saturday 9/11/21 at 10:00am. The Memorial service will be immediately preceded by an open casket viewing from 9:00-9:50am.The address is 14841 S. Black Bob Rd, Olathe, KS 66062.For anyone wishing to make a donation in his name, Johnny was actively supporting his friend, Dr. Iglahliq Suuqiina of Indigenous Messengers International. Donations can be made at IndigenousMessengers.com.Please click on the "Share Memories" button above to leave a message for the family.