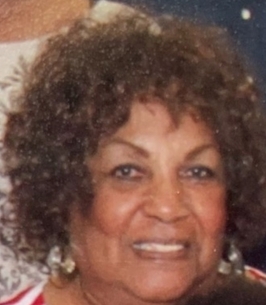 The Life of MERRI FAYE WALLER

Merri Faye Waller Born December 7, 1937 in Acmar, Alabama to the late Fate and Sarah Shires. Merri Attended the district Public School, and at the age of 7 started taking piano lessons. She continued piano lessons throughout her teenage years. In 1956, Faye graduated from Parker High School and attend Miles college for 2 years. Piano playing became a passion for her and was something that she loved. She started playing for her church in Birmingham for several years before moving to pittsburgh. After moving to Pittsburgh, for the next 33 years she played for several more churches including: Morning Star, Hazelwood, South hill Baptist, Beltzhoover, Second Baptist in Mckees Rock and her home church Beulah Baptsit in Beltzhoover.Faye became employed in 1974 with the Pittsburgh Public School as a Para-professional and retired from her job after 25 years. She loved children that she became a foster parent for several years. After being united in marriage to Herman E. (Sonny) Waller, together they continued parenting children and fostered at least 50 kids. Faye would often say " Becoming a foster parent was one of the most rewading experiences of a lifetime." Faye is proceded in death with: One daughter (Mikelle) one grand-daughter (Mikelle) and one grandson (Michael).She leaves to mourn and cherish her memory a loving husband Herman (Sonny) Waller. Her children: Valerie Renne Dunning, James W. Mckissick Derek Mckissick, Ayanna Waller, and Brikelle Waller. Three Loving step-daughters Gaye-Posey, Robin Adkin, Sonya Smith (Rev. Lawrance Smith). Daughter in-law Dr. Renita Hargrow. Her best friends Rochelle Bigelow, Evelyn Wade A host of grandchildren, great-grand children, nieces, nephews and other relatives and friends.Visitations will be held at Beulah Baptist Church, 201 Chalfont Street, Pittsburgh, PA, 15210 Friday July 23,2021 from 12pm-8pm with a Celebration of Life on Saturday July 24, 2021 at 11am with Pastor Katrina Organ presiding.