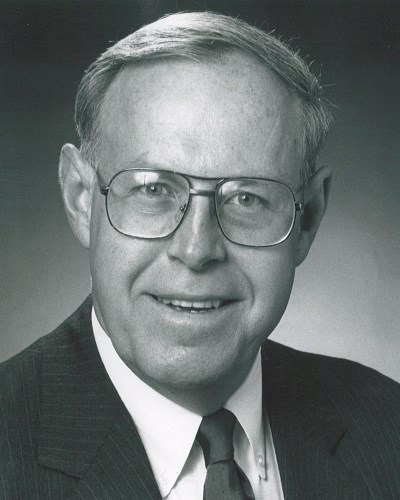 The Life of Ronald Brown

Brown, Ronald Brown, Ronald C.Ronald C. Brown, 78, of Upper Saucon Twp., died Monday, November 16, 2015 at Fellowship Manor, Whitehall Twp. He is the husband of Barbara J. (Kerschner) Brown. Ronald was born in Queens, NY on July 27, 1937 to the late Charles and Frances (Metz) Brown. He was a 1959 graduate of Albright College and a member of Pi Beta Tau fraternity. He started his career in banking at Chemical Bank in New York City and worked there for 20 years, eventually earning the title of Vice President. For a time, his duties included overseeing the Southeast Asia and Australia banking divisions. He then served as a top executive at Commercial Trust Bank in New Jersey where the home equity loan was created under his direction. From 1986 to 1992 he was President/CEO of Yardville National Bank in New Jersey. When he retired in 1992, he passionately volunteered as a tour guide at the Mid-Atlantic Air Museum, Reading, sharing his extensive knowledge of WWII aircraft with the museum's many visitors. Ronald was a member of various Republican committees. Survivors: In addition to his wife of 57 years; children: Laura Hamel (John) of Upper Macungie Twp. and Steven E. Brown (Amber) of Howell, NJ; sister: Lynn L. Brown of Wyomissing; grandchildren: Katie Bowen, Eric, AJ, Emily, Olivia and Zachary Brown; great granddaughter: Layne Bowen Services: Family and friends are invited to call 10 - 11 a.m. Monday, November 23, 2015 at the Heintzelman Funeral Home, Inc. 326 Main Street - Hellertown followed by the service at 11 a.m. Online expressions of sympathy can be recorded at: www.heintzelmancares.com. Contributions: In lieu of flowers, memorials to Mid-Atlantic Air Museum, 11 Museum Drive, Reading, PA 19605.