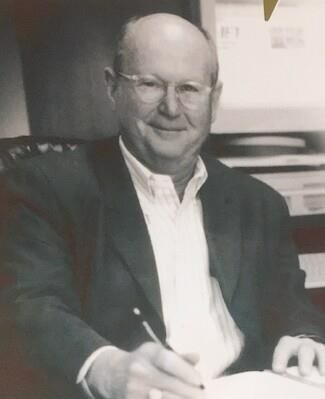 The Life of LAWRENCE ADRIAN FERGER

Lawrence A. FergerZionsville, IN - Lawrence A. Ferger, 86, of Zionsville, died February 21, 2021. Larry was born May 3, 1934 in Des Moines, Iowa to the late Cleon A. and Helen K. Ferger. He was preceded in death on February 21, 2018 by his beloved wife of 60 years, LaVon S. Ferger. He is survived by their daughters, Kirsten Ferger and Jane Ferger, his sister, Patricia Turner, his son-in-law Ross Smith, and his three grandchildren, Hunter and Zoe Maish, and Natalie Smith. Larry will be remembered as a devoted husband, father, and grandfather and will be greatly missed. Following Graduation from Simpson College and a brief employment with Arthur Anderson in Chicago, Larry was drafted into the U.S. Army and stationed at SHAPE Headquarters, military support for NATO in France. Following military service, Larry returned to employment with Arthur Anderson, followed by a distinguished career with Indiana Energy, serving as Chairman of the Board and Chief Executive Officer prior to his retirement in 1999. During his business career, Larry served as Secretary Treasurer of the Indiana Gas Association and later as Chairman. Larry also served as a member of the Board of Directors of the American Gas Association, Merchants National Bank & Trust Company, Community Hospital of Indianapolis, Institute of Gas Technology, Indiana Chamber of Commerce, and received the Sagamore of the Wabash award from the Governor of Indiana. Following retirement, Larry continued to enjoy his hobbies of tennis and golf, at Harbour Ridge Yacht & Country Club and Meridian Hills Country Club, as well as spending time with family and friends throughout the country. Burial will be at Highland Memory Gardens in Des Moines, Iowa. Online condolences and a video tribute to Larry may be viewed at www.flannerbuchanan.com. Funeral arrangements have been entrusted to Flanner Buchanan-Zionsville.