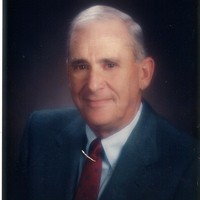 Memorial Services will be held Friday, June 4, 2021 at 11 AM for William “Bill” D. Gooch, Jr. in the Chapel of Louisiana Funeral Services and Crematory, 108 Hardware Road, Broussard, LA. The family will receive visitors beginning at 9 AM. Following the Memorial Services, interment for Bill will be at Lafayette Memorial Park Cemetery, 2111 W. Pinhook in Lafayette, LA. Graveside Military Honors will be conducted by the United States Department of the Navy. Father Louis Richard, Pastor of St. Mary Magdalen, will officiate the services.

William “Bill” D. Gooch, Jr., age 90, passed away peacefully on Friday, May 28, 2021 at his residence due to complications from Parkinsons.

Affectionately known as Coach Gooch, he was a native and lifelong resident of Abbeville. Bill was born in Abbeville in 1931, graduated from AHS in 1948, and obtained his degree in education from SLI in 1952. He served in the U.S. Navy during the Korean War from 1952 - 1956. Bill met his future wife and life partner, Lynn Conley, in 1947 at AHS and they were married on October 15, 1952, a marriage which spanned 68 years. Upon discharge from the Navy, Bill and Lynn began their careers as longtime educators in Vermilion Parish.

Bill was a highly successful track and field coach from 1956 - 1968 producing perennial state championship teams with numerous individual champion athletes. He later earned his Master’s degree in higher education from LSU and advanced into school administration as a guidance counselor and assistant principal. Subsequently, Bill worked for several years for the Vermilion Parish School Board as a consultant for special programs. Upon final retirement, he was able to dedicate his free time to his favorite hobby of golf which he played avidly since childhood.

The hallmark of Bill was that he was a man of the highest personal and professional integrity, known widely as a person of gentleness, kind nature and a loving heart. Throughout his life he was consistently told of the significant impact he had on the lives of so many young students and athletes.