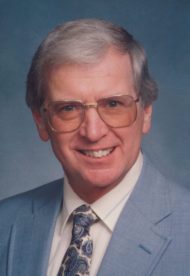 The Life of Paul A Deibler

Paul A. Deibler, 89, of Lancaster, went home to be with his Lord and Savior on Wednesday, April 21`, 2021, while surrounded by his loving family. Born in Schuylkill Haven, PA, he was the son of the late Charles D., Sr. and Minnie (Otto) Deibler. Paul was the beloved husband of D. Corriene (Wolfgang) Deibler, and they celebrated 63 years of marriage last June.

After graduating from high school, Paul joined the U.S. Navy, honorably serving aboard the USS Stoddard for four years during the Korean Conflict. Following his military service he worked as a Service Technician for Bell Telephone and later AT&T, retiring after 34 years of service. He then worked part time for the County of Lancaster. A man of strong faith, Paul was a very active member of Grace Evangelical Congregational Church in East Petersburg where he served as a Trustee. Also active in the community, he and his wife served as poll workers in the 7th Ward of Lancaster for many years. Known for his outgoing personality, he loved to laugh and make others laugh. He enjoyed boating, traveling, gardening and being an all-around handyman. He loved his family and spending as much time as he could with them.

Along with his wife, Paul is survived by three children: Debra Lee, wife of Rev. Richard Chaveas of Shillington; Alice Mae, wife of Stewart Ireland of Lancaster; and Michael Allen Deibler of Lancaster. Also surviving is his daughter-in-law, Kathy Kirchgessner of Conestoga, 7 grandchildren, and 10 great-grandchildren. He was predeceased by his son, Daniel Paul Deibler, in 2012, and also by his brothers, Charles, Jr. and Grant Deibler.

A Memorial Service with military honors will be held at 11:00 AM on Saturday, May 1, 2021, at the Charles F. Snyder Jr. Funeral Home & Crematory, 3110 Lititz Pike, Lititz, PA 17543, where the family will receive guests beginning at 10:00 AM. Interment in Schuylkill Memorial Park will be private at the convenience of the family. In lieu of flowers, contributions in Paul’s memory may be made to Grace Evangelical Congregational Church, 6067 Carpenter Street, East Petersburg, PA 17520, or to Hospice & Community Care, 685 Good Dr., P O Box 4125, Lancaster, PA 17604.

Filter Paul A Deibler's Timeline by the following Memory Categories