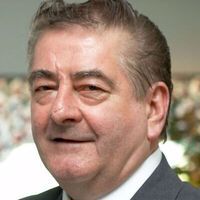 Francis was born in Hecksherville, PA on September 18, 1946, a son of the late Julie (Bossig) and George Gurlavage.

He served in the U.S. Army in the Vietnam War.

He was a proud believer of his catholic faith and spent hours watching Mother Angelica on TV. He also loved cooking and trying new recipes.

He is preceded in death by a son Michael G., and a brother George Galavage.

A Mass of Christian Burial will be celebrated at St. Clare of Assisi Church, St. Clair, at 10:30 am on Wednesday, April 21st, with Rev. Msgr. William F. Glosser officiating.

Friends and family may call Wednesday 9:30 am at St. Clare of Assisi Church.

Interment will follow at Schuylkill Memorial Park in Schuylkill Haven.