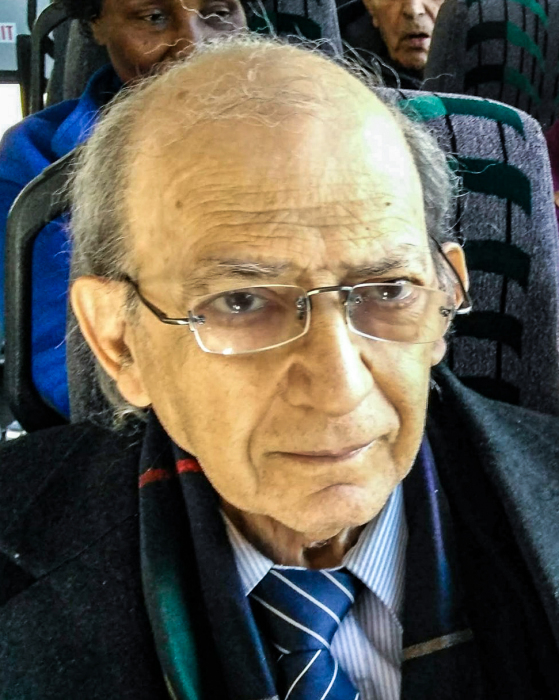 Martin Mardiros Tourigian was called to paint his final canvas on March 31, 2021.  Born on September 23, 1930, Martin was the beloved son of Mardiros and Nevart (nee Saliadjian) and brother of the late Lucy Tourigian and the late Virginia Tourigian.  Born in Philadelphia, he spent most of his life in Upper Darby with his two sisters whom he adored.

Martin was a savant of sorts and after high school, he pursued his passion for art and music, which he continued throughout his life.  His artwork received recognition and was on display in many embassies around the world. He actually numbered each painting and was up to 14,723 at the time of his passing.  In his later years, Martin would mail packets of paintings to embassies of countries that happened to be in the news that week because of some hardship, suggesting that the recipient country sell the work to support its relief efforts. He saved the scores of letters of gratitude he received in response. There are several churches in Armenia who benefited by his generous donation of work which was auctioned in their fundraising campaigns.

Martin was also quite a musician. Without any formal training he played the piano and the Russian balalaika and wrote his own music. He loved his baby grand piano, which he later donated to St. Gregory’s Church. He would play for anyone. Like his paintings, many of his musical compositions were received around the world.

Ever proud of his Armenian heritage, Martin was passionate about Armenian causes, so much so that in 1964, he wrote a letter seeking a permanent seat in the United Nations! Surprisingly, U.S. Senator Dirksen wrote back and said he would “urge on the Senate floor that Martin’s request be given consideration.” Although he didn’t get that permanent seat, he wasn’t deterred from showing continued support. Martin was “that guy.”

Martin was also a family man. He spent his entire life living with his sisters and cherished their time together, including their visits to extended family and their weekly visits to Church. He worked tirelessly on the Tourigian Family Tree, and was always eager to explain the diverse branches to anyone who would listen. He also created the Tourigian Family crest which he proudly displayed near his front door and on stationary.

The family photo albums reflect all of the trips Martin took with his sisters. They visited almost every major European city multiple times over the decades. Martin had a particular fondness for Paris, Moscow and of course Yerevan. He delighted in sharing his experiences and explained his passport stamps with pride.

There weren’t too many days in his adult life when Martin wasn’t impeccably dressed with a collared shirt, tie and sport jacket. As far as the proverbial “day job,” Martin worked with his sister Virginia at the railroad then known as Conrail, and retired in 1989 after 15 years as an office equipment specialist when she also retired. The rest of his career was spent pursing his passions.

An innocent soul, Martin always greeted you with a smile and a compliment. He always had a kind word for you. He always appreciated everything you did for him. After each visit, you could always count on him looking you in the eyes and saying, “Gee, thanks for coming by.”   He always was grateful for the care and attention he received over the last six years from the folks at Wesley Enhanced Living. And from Carol and Michele, for what they did to support his worry-free life. He will be missed by the Tourigian, Sadjian, Peacock, Jamgochian, and Karagelian Families.