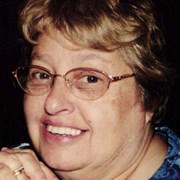 The Life of Sue Ann Colburn

Sue Ann (Taylor) Colburn passed peacefully on December 28, 2020 at Little Flower Manor in Darby, PA. She may be gone but her legacy of love and laughter remain. Sue grew up in Weirton, WV during the fading decades of Weirton Steel Mills. She married young, had 4 children, got divorced in an era when women didn’t – and got her first job as the editor of The Moon Township Bulletin in PA. Then in 1965 before “The Brady Bunch” and “Yours, Mine Ours” were showcasing the new extended American family, Sue remarried Walt Colburn who brought 4 children from his first marriage. Six of those children were within 3 ½ years of each others’ age… 6 teenagers + 1 big house in the 1960s = Parenting on steroids. And 24 x 7 hours of activity. Through it all, Sue was an avid reader – books, magazines, newspapers. She even became active in local Upper Darby politics, with a brief run for local office. In later years, Sue and Walt shared a great love of American antiques, becoming experts in Tucker porcelain. Most of Sue’s children went on to have children and eventually grandchildren of their own – all of whom she embraced and enjoyed right to the last. Their adventures were her adventures, and their challenges, her challenges. She helped them selflessly where she could. She is survived by daughters Melody Stierheim, Linda Powell and Mindee Colburn, son Scott, daughter-in-law Maria Stierheim, daughter-in-law Diane Colburn. Also by her beloved grandchildren: Matthew & Megan Colburn, Jessica (Colburn) & Jason Starn , Taylor Corey & Tim Pineo, Alexander Corey &Tisha Cortez, Tara (Stierheim) & Rob Hutchinson, Maya Stierheim, Monika (Stierheim) & Ryan Kirkland, Rebecca (Lindenmuth) & Tony Margis, and J. Robin Lindenmuth-Mansfield, & Eric Mansfield, and Nicholas Stierheim. And then the great grandchildren she adored: Addison and Olivia Colburn, Adriana and Anthony Everett, Sophia Shue, the Kirklands: Eveleigh, Corabeth, Indiana Rose, and J. Isaiah, the Hutchinsons: Isla and Noah, Victoria Margis, Chris and Eric Lindenmuth,and last but never least, Harper Pineo. Preceding Sue in death and no doubt welcoming her on the other side: late husband Walter Colburn, children Melinda Stierheim, Mitchell Stierheim, Virginia “Gee” (Colburn) Lindenmuth, Walter Colburn Jr, and grandson Brendan Stierheim. No doubt her first words to each were “Hi, What’s new and exciting?” Those of us around her remember a true American original. RIP Mom.
There will be a short gravesite gathering on Friday 1/8 at 11 am at Arlington Cemetery, Drexel Hill, PA.
A Celebration of Life gathering is being planned for later in the Spring. The family respectfully requests that in lieu of flowers, donations be made to Providence Animal Center in Media PA (formerly known as Delaware County SPCA): https://providenceac.org/support-us/.