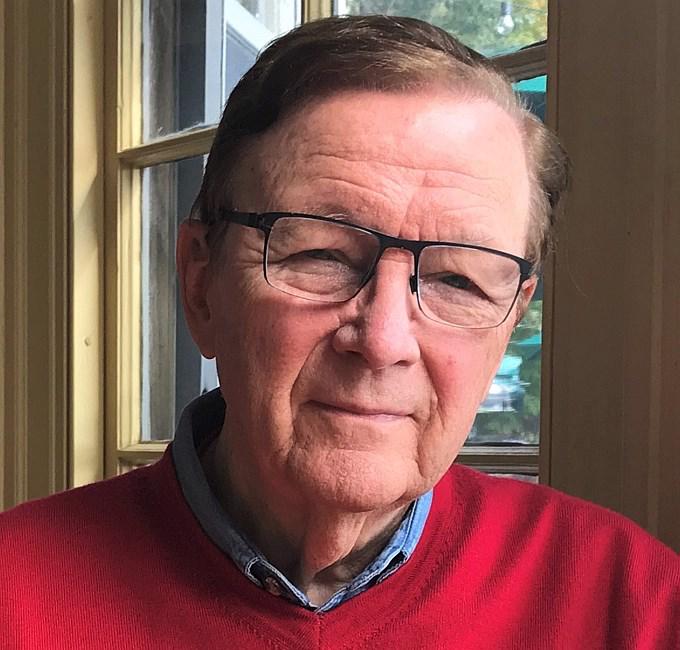 James (Jim) Hudgins Howren, Sr. was born June 30, 1938 in Atlanta, Georgia. He was predeceased by his parents Ethel Hudgins Howren and Walker A. Howren. In 1939, he moved to Alexandria, VA and at the age of seven, he moved to Princess Ann County, Virginia, which was annexed by Virginia Beach in 1963. He attended Norfolk Academy and graduated from Virginia Beach High School in 1956. After High School he attended Virginia Tech, (VPI) where he was a very proud Cadet. After College, he became an auditor for Virginia National Bank. Following his career in banking, he began working at Peoples Drug Stores in Norfolk, VA before being transferred to their corporate headquarters in Washington DC, where he joined their executive team as a buyer and later a merchandise manager. In 1976 he left Peoples to embark on a new career as an entrepreneur with his wife Nancy. Together they developed, designed and licensed children’s care products. In 2012, they joined The Art League at the Torpedo Factory in Alexandria, where his photographic talents were recognized. Jim was a compassionate, caring person who would go out of his way to help other people. He was the man called upon to advise and fix almost anything he touched. His love of the outdoors led him to Bar Harbor, ME and Acadia National Park, where he wanted to help preserve and protect Acadia for future generations. In lieu of flowers, please make donations to either The Cleveland Clinic Foundation or Friends of Acadia, either by going to Friendsofacadia.org, Mailing a gift to Friends of Acadia, P.O. Box 45, Bar Harbor, ME 04609 or calling (207) 288-3340. He is survived by his wife Nancy Rosen Howren of 44 years, his daughter Barbra (Jamie) James Howren of Costa Mesa, CA, his granddaughter Elizabeth (Elle) Vashti Quinn of San Diego, CA, his son James (Jay) Howren Jr. and daughter-in-law Jenny Rubin Howren of Richmond, VA. The family is having a private graveside funeral.