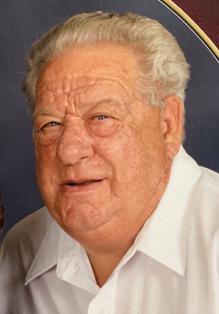 The Life of Dan H. Eck

Dan H. Eck, 81, of Mertztown, died Monday, November 11, 2019, in his home. He was the husband of Barbara A. (Strunk) Eck. They were married September 16, 1961. Born in Longswamp Township, he was a son of the late James W., Sr. and Marie J. (Schwartz) Eck. Dan was a member of Longswamp United Church of Christ, Mertztown. Dan honorably and faithfully served our country as a member of the United States Marine Corps.

Mr. Eck was employed as a maintenance worker at Air Products and Chemicals Corporation, Inc., Trexlertown, for 15 years until his retirement in 2003. Prior, he worked on the assembly line at Mack Trucks, Macungie, for 11 years.

In addition to his wife of 58 years, Barbara, Dan is survived by a daughter, Yvonne B. (Eck) wife of James A. Stettler, Kutztown; and a son, Barry D., husband of Coralie (Lahr) Eck, Mertztown. Other survivors include a twin sister, Ann E. (Eck) widow of Edwin Weidner, Kutztown. There are three grandsons: James A., II, husband of Amanda E. E. (Wright) Stettler; Nathan J., husband of Megan K. A. (Adams) Stettler; and Weylin B. Eck; and six great grandchildren: Noah, Abigail, Andrew, Jase, Caleb, and Jackson Stettler.

A funeral service to celebrate Dan's life will be held on Friday, November 15, 2019, at 10:30 a.m. in Ludwick Funeral Homes, Inc., 25 East Weis Street, Topton, with Reverend Dr. Katherine E. Brearley, officiating. Interment in Longswamp Union Cemetery. Relatives and friends may call Friday, from 9:30 to 10:30 a.m. in the funeral home.