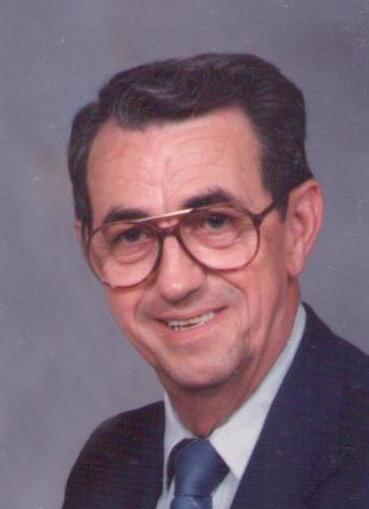 The Life of Carl R. Wisser

Mr. Wisser was employed by Kutztown Area School District, working as an elementary school teacher for 40 years, first at Kutztown Elementary School and later at Albany Elementary School until his retirement. He continued taking educational courses throughout his entire career. Carl enjoyed every moment of his teaching career, especially his students. He was very proud of his former students, their lives and accomplishments. During the summer months, Carl also worked at the Hamburg Intermediate Unit, General Batteries and supervised the Summer Youth Group in Kutztown.

Carl was a member of Lenhartsville Church, where he was a former church council member, and later transferred his membership to Trinity Evangelical Lutheran Church, Kutztown. He was also a member of Huguenot Lodge #377 F & A M, Kutztown, Kempton, Kutztown and Berks County Historical Societies, Virginville Grange, where he received a Community Citizen Award, Virginville Fire Company, Virginville Seniors, Public Employees of PA, PSEA Berks County Association of Retirees, East Penn Association of School Retirees. Carl previously was a member of Virginville Lions Club, Girl and Boy Scout Leader and Little League Manager in Lenhartsville. He enjoyed spending time with his family, and was an avid reader of historical, biblical and baseball books. He liked watching METV, sports, camping at Blue Rocks Campground, meeting his 50’s gang from Kempton, and having great conversations with his neighbor, Harvey.

A Masonic Service by Huguenot Lodge #377 F & A M, Kutztown, will be held on Saturday, November 2, 2019 at 10:15 a.m., followed by a funeral service to celebrate Carl’s life at 10:30 a.m. in Ludwick Funeral Homes, Inc., 333 Greenwich Street, Kutztown, PA, with Reverend Christopher deForest officiating. Burial will follow in Frieden’s Cemetery, Lenhartsville.

Relatives and friends are invited to a viewing on Saturday morning from 9:00 to 10:15 a.m. in the funeral home.

Ludwick Funeral Homes, Inc., Kutztown, is in charge of arrangements. Memories and condolences may be recorded at www.Ludwickfh.com.

Mr. Wisser was an amazing teacher at Kemtpon Elementary School.  I always liked to think I was his favorite student but as I look back on those days I realized he made every student feel like they were the most important.  He cared about everyone and had a passion for teaching.  May you Rest In Peace Mr. Wisser as you made an impact on so many including this kid.

Deepest condolences to the entire family. Mr. Wisser will always be remembered fondly by all of his Albany students. Daily puzzles with Jolly Ranchers for the winners, read aloud chapter books, and amazing science demonstrations all are still vivid in my memory- as are the songs he would sing - O sole mio. May he rest in peace and may your hearts be comforted knowing he was dearly loved.

He was such a fabulous science teacher in Albany. He was able to mix a balance in teaching between being gentle and allowing curiosity. I remember him brining in a cow tongue into class, which peaked my fascination and curiosity. It gave me the interest and joy i have with biology and anatomy today. He opened that door for me to pursue the sciences. He will always have my tremendous respect and fondness.

Mr. Wisser was 1 in a million.

Its no secret that I did not enjoy school, and that I struggled tremendously.   But he was one of the few teachers I had, who was able to make me look forward to his class.  Not because I was good at science ( because i wasn't!) But because he made me feel like I could be and looking back at it, he was also a friend.  If you remember the show "boy meets world", where so many people say that they wish Mr. Feeny was real...well, he kind of was, except we called him Mr. Wisser.

RIP.  You will be missed by so many!