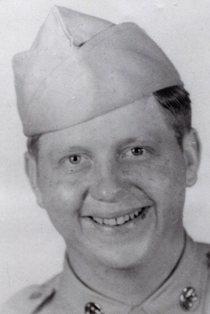 The Life of John R Moll

John R Moll, 87, formerly of Mertztown, died December 26, 2018, in Lehigh Center, Macungie. He was the widow of Fern M. (Hoppes) Moll, who died February 4, 2017. Born in Longswamp Township, he was a son of the late John R. and Carrie M. (Reinert) Moll. John was a member of Saint Paul's Lutheran Church, Mertztown, where he previously served as a council member. Mr. Moll honorably and faithfully served our country as a Sergeant with the United States Army, with service during the Korean War. John was employed as a line operator at the former Stroh's Brewery, Fogelsville, for over 23 years, until his retirement in 1995. He enjoyed hunting and fishing and was a proud member of Ray A. Master Post 217 American Legion, Topton.

A memorial service will be held on Monday, December 31, 2018, at 10:00 a.m., from Ludwick Funeral Homes, Inc., 25 East Weis Street, Topton, with his pastor, The Reverend Dr. Jeremiah A. Sassaman, officiating. Interment with Military Honors provided by The Pennsylvania Military Honors Group, Fort Indiantown Gap, and Ray A. Master Post 217 American Legion Honor Guard, Topton, in Topton Union Cemetery, Topton. Relatives and friends may call on Monday from 9:00 to 10:00 a.m., in the funeral home.

The family requests contributions be made to Saint Paul's Lutheran Church Memorial Fund, P.O. Box 117, Mertztown, PA 19539-0117. Ludwick Funeral Homes, Inc., Topton is in charge of arrangements. Memories and condolences may be shared at www.ludwickfh.com

So sorry to hear about your sadness. I’m heart is crying with you all. The years I spent with your family, school years, working with your mom and meeting up with your dad on occasions . We have a lot of good memories. Your dad was a very good man. I will miss seeing him. ❤️