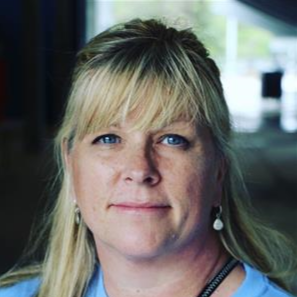 The Life of Robin Meredith Cook

Robin Meredith (Moody) Cook, 52, passed away after a fearless battle with breast cancer on Tuesday, December 4, 2018 at her home in Overland Park, Kansas. Robin was born on March 22, 1966 in Kansas City, MO, the daughter of Shirley (Collyer) and Jack Moody. She was a 1984 graduate of Shawnee Mission West High School and a 1990 graduate of the University of Kansas with a BFA – graphic design. Robin married her college sweetheart and best friend, Paul David Cook on October 11, 1997.

Robin truly brought joy to many and lived her life to the fullest. Her infectious laugh and smile brightened a room. She loved her family, all animals (but especially cats), and working in the community – especially in the schools helping with children and art. She worked as a special education paraprofessional at Timber Creek Elementary School creating and appreciating joy with all the children she interacted with. She volunteered fostering numerous litters of kittens. Some of Robin’s favorite times were traveling with her family, looking at Paul’s photographs, crafting and laughing with Bailey, watching Jack play lacrosse, giggling at a goofy movie for the umpteenth time, or talking to her pets. Robin was a wonderful daughter, wife, sister-in-law, aunt and friend to many.  Most importantly, she was a beautiful mother who made a difference by just being herself.

A memorial gathering (casual dress) will be from 5 to 7 p.m. Monday, December 10, at Porter Funeral Home, 8535 Monrovia Street, Lenexa, KS.  A celebration of Robin’s life is at 10 a.m. Tuesday, December 11, at the funeral home.  A private interment will follow at Olathe Memorial Cemetery.  In lieu of flowers, memorial contributions may be made in Robin’s name to The Healing Chair Kansas City at www.healingchair.org or through the funeral home.