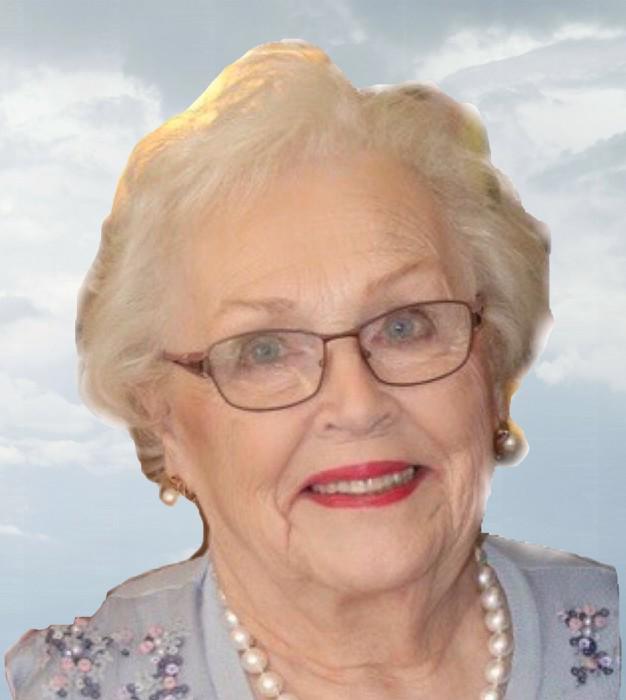 The Life of Mary Margaret Elmore

The inimitable Mary Margaret Croarkin Elmore departed this Earth at the age of eighty-six on Thanksgiving morning 2019, leaving behind her surviving four children, twelve grandchildren, and three great grandchildren. A proud child of Washington DC, she currently resides in Heaven, with her daughter Kathleen, grandson Jacob and her husband Willett. She and her nonagenarian brothers John and Neil, who also departed this year, join their sisters Barbara and Joanne. Many prominent Washingtonians will remember her as the Chamber Secretary and gatekeeper to the Supreme Court Justices Byron White from 1972 to 1983 and William J. Brennan from 1983 until she retired in 1998, shortly after the latter’s death.

Mary began her journey on March 8, 1933 at Georgetown University Hospital as the youngest of Paul Cornelius and Margaret Daly Croarkin’s five children. While attending Blessed Sacrament Parochial School at Chevy Chase Circle, Mary formed the social nexus that brought friends together from various area schools, which remained intact even as she matriculated to The Academy of the Holy Name, where she graduated high school. Known for her warmth, wit and loyalty, Mary cultivated a vast circle of friendships among veteran schoolmates who hadn’t known how much they had in common until their friendship with her. She was just that kind of a person.

Fiercely independent, she was the first among her peers to begin working when, at 14 years of age, she filed and typed papers after school and during the summers. Lifelong friends from that era fondly recall that she was more mature than other girls and frequently joined their mothers for a cigarette on school property or around the kitchen table. Upon graduating, Mary chose one of the limited options available to professional young women at that time and launched herself into secretarial work, a career in which she distinguished herself through focus and a drive toward perfection. After graduating from secretarial school, she began work at the Metropolitan Mortgage Co., where she met Willett Elmore, the man who would become her husband, father to her five children, and at whose side she remained until his death in 2014.

In the summer of 1954, Mary took a brief sabbatical and embarked on one of the great adventures of her life when she traveled to Europe with three friends, sisters Margaret Mary (“M.M.”) Lynch (O’Neill) and (Mary) Ann Lynch, along with their cousin Claire Donahue (Farquhar). The four young women first visited Ireland, England and Paris, then drove a car around France and Italy. Upon discovering that Rock Hudson was staying at their hotel in Dublin, the ladies slyly took possession of the actor’s shoes when he irresponsibly left them in the hallway for cleaning. However, in their own words, “all that good Catholic training took hold” and they returned them the next morning, albeit unshined. After a heated debate on a tour bus with a group of elder English travelers about the merits of the US vs. the UK, Mary leapt up, grabbed the tour guide’s microphone, and began singing “God Bless America”, to which the entire bus responded with a rousing chorus of “God Save the Queen”. According to her friends, Mary was the “It Girl” in their group, forever the one the boys approached, and they saw many sights because every would-be suitor was told “I’m not going without my girlfriends”.

At that time, Mary had already met Willett through work and was somewhat smitten with him, though they hadn’t yet begun dating. While her friends updated their diaries every evening, she wrote and rewrote postcards, belaboring whether to begin with “Dear” (too intimate) or “Hi” (not intimate enough) and tossing ten in the trash for every one she sent.  She returned that summer and remained at her job until marrying Willett in 1956. Once forming her family and establishing it on her own terms, she picked up her career again in 1970 and joined the United States Supreme Court as a stenographer. Two years later, Mary was promoted to the position of Associate Secretary to Justice Byron White, with whom she served until being appointed as Justice William J. Brennan’s First Secretary in 1983. She retired from the Court in 1998, shortly after Justice Brennan’s death the previous year.

Anybody who knew Mary would not be surprised to hear that she was a connoisseur of the finer things, never skimping on clothes, food, restaurants, furniture, collectibles or, above all, her children. However, when it came to collecting fine jewelry, the woman was an expert at finding a bargain and knew her way around a pawnshop, such that some local pawnbrokers kept her on speed dial. She continued to enjoy these activities with her many friends during retirement, along with bridge games, dining out, theater, time in Piney Point, MD, crab feasts (always #1 Jimmies), and countless hours taking phone calls every day from family and friends. She was also an avid theater goer, and her adventurous spirit endured even in her later years when she accompanied her dear friend Cissy Marshall to Broadway, where they saw the play “Thurgood” and then met backstage with the lead actor Lawrence Fishburne. She was also passionate about the Washington Redskins, to whom she remained loyal and enthusiastic through thick and through thin.

In closing, perhaps Mary is best appreciated through the words of her friends and family, who shared the following observations in honor of her 85th birthday (with apologies for not listing credits in this collage of sublime sentiments):

Mary, you have the innate knack of making every person you come in contact with feel like a close and long-time friend. ­You have an endearing way of talking, half laughing as the words come out. When you greet somebody, regardless of who they are you are so warm and genuine that people are instantly happy to meet you. In a perfect world, everyone would have an Aunt Mary. You are intelligent, funny, and a little wicked, which makes you even more fun. Above all, you appreciate hearing and even telling a good dirty joke – and such jokes must be of a certain standard! You are an example of strength, dignity and kindness to the world. We will always miss your laughter, sunny smile, beautiful face and warm elegance. Unfailingly gracious, engaging and beautiful with a twinkle in your eye. You are one of the rare few who leave a permanent imprint. An irrepressible humor born of an exuberant joy that radiates and infects the rest of us. Forever the glue that keeps everyone together. With a youthful energy and always the kindest words to say, you remember the little details that make a person feel welcome and special. One of a kind – genuine, caring, warm, a good listener with a smile and a beautiful person inside and out. You befriend every waiter, hairdresser, shop-owner, nurse – and they all remember you! You leave us all thinking that we’re your best friends because you have such an enormous heart.

Mary’s life will be celebrated on winter solstice, December 21st, with a funeral mass at the Basilica of St. Mary, following a viewing on December 20th at Everly Wheatley Funeral Home, both in Alexandria, VA. All who loved and cherished her will be welcome. There will be a private interment at Ivy Hill Cemetery, Alexandria, VA.