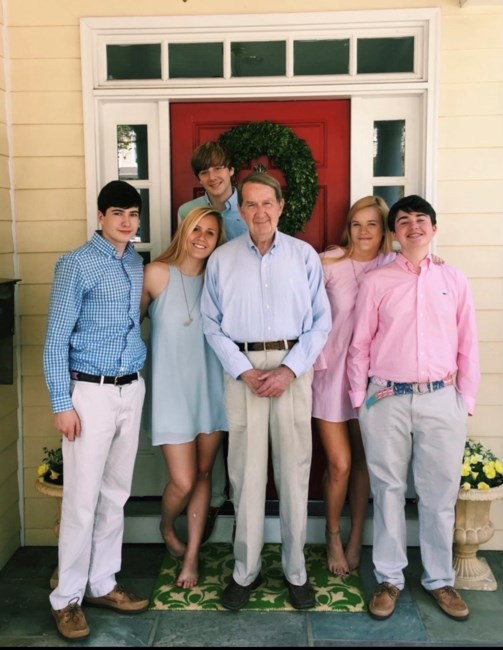 Ross was born on February 27, 1939. He was the son of Ross Franklin Hunt and Edna Hargett Hunt and brother to Judith (Judy) Hunt Watkins. He attended George Washington High School and The University of Virginia, where he studied electrical engineering. Ross went on to receive his Juris Doctor from George Washington University. While in law school, he met and married his beloved wife Patricia, to whom he was happily married to for more than 48 years. He worked at the US Patent and Trademark Office during the day and attended law school at night while married to Patty and raising their newborn daughter. He was not only highly intelligent but also had a very strong work ethic. He practiced intellectual property law and was a partner at the law firm Larson and Taylor, which later merged to become Stites and Harbison in Old Town, Alexandria. It is at these firms where he made many life-long friends.

After a distinguished career, Ross retired in 2010 to take care of his ailing wife who lost her own battle with cancer in 2011. Ross’s sacrifice for his family was unwavering. He was a devoted husband and an extremely dedicated father to his children, Rebecca Hunt Brocato and Ross Franklin Hunt III. He was deeply beloved not only by his own children but also by their spouses, Susan Knox Hunt and Joe Brocato. He adored and spoiled his five grandchildren, Josie, Isabelle and Jackson Brocato and Baylor and Matthew Hunt. Known affectionately by his grandkids as “G-Dad”, he spent much of his time attending sporting events, school plays, recitals, birthday parties or any other activity they took part in. He was their number one fan! He loved the annual family reunions with his sister Judy and her family in various locations including Wintergreen and Hilton Head.

He cherished and loved his friends, many of whom he had known since high school and college. They shared his enjoyment of life. Together they travelled domestically and abroad, and enjoyed many weekends in Charlottesville, rooting for the Virginia Cavaliers. During the last few years of his life, he was fortunate to have shared companionship and great joy with Bonnie Todd. They had many adventures together including a number of memorable trips to Ireland.

More recently, he enjoyed his book club, bridge games and community service for Mount Vernon At Home. He loved his daily walks around the neighborhood with his black lab Winnie and sharing treats with any dog he encountered. He was generous, witty, artistic, fun-loving, humble and compassionate…he exemplified “unconditional love.” He was a true Virginia gentleman and will be greatly missed by all that knew and loved him.

In lieu of flowers, please consider a donation in his memory to Mount Vernon At Home. Checks may be mailed to PO Box 7493, Alexandria, VA 22307 or online at www.mountvernonathome.org and click the Donate Tab.

The family will receive visitors on Thursday, February 25 from 2:00 pm – 5:00 pm, at Demaine Funeral Home, 520 S. Washington Street, Alexandria, VA. A private memorial service and burial will be held on Friday, February 26