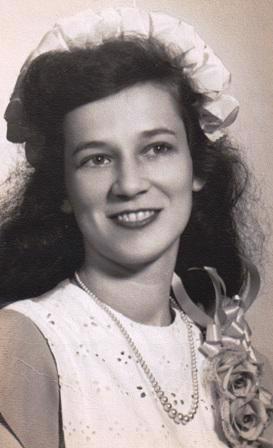 Dorothy Mae (Fuller) Hornberger, 90, of Kutztown, and formerly of Schuylkill Haven, died Sunday, October 6, 2019, in her residence surrounded by her family. She was the widow of John R. Hornberger who died December 4, 2007. Prior to John's passing they had shared 56 years of marriage. Born in Pottsville, Schuylkill County, Dorothy was a daughter of the late Walter D. and Catherine M. (Schumacher) Fuller.

Dorothy and her late husband were former member of both First United Methodist Church and Grace Evangelical Church, Schuylkill Haven. Dorothy was a graduate of Schuylkill Haven High School Class of 1946 and worked as a secretary at the former Gordon D. Reed Real Estate and Insurance Office.

The family would to acknowledge and extend a special thank you to Thomas Wolf, Susan Theis and the Heartland Hospice of Wyomissing, for their very special care of Dorothy.

Private graveside services will be held in Schuylkill Memorial Park, Schylkill Haven, at the convenience of the family. There is no public viewing.

The family requests contributions be made in Dorothy's memory to: ASPCA at aspca.org or American Society fo the Prevention of Cruelty to Animals, 424 East 92nd Street, New York, NY 10128-6804 or The Alzheimer's Association at alz.org or Alzheimer's Assoc., 225 North Michigan Ave. Floor 17, Chicago, IL 60601