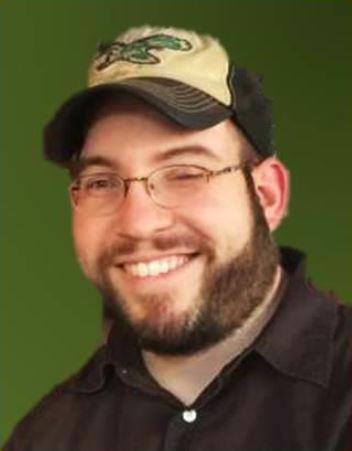 Michael R. Schiller, 36, of South Philadelphia, an insurance specialist at Children’s Hospital of Philadelphia, died Sunday, September 29, of cancer at the home of his mother, Maryanne Schiller, in Fairmount.
Mr. Schiller had been a social worker since 2010 at CHOP, where he had been successfully treated for brain cancer at age 6. His practice was based in CHOP’s hematology division and focused on helping families overcome obstacles to getting the best possible insurance coverage for their children’s medical needs. He had face-to-face contact with physicians and families, and then got on the phone with the insurers. “He let the families know they could address the children’s health-care needs, and he would handle the insurance,” said Lisa Maiale-Howell, a hematology division administrator who hired Mr. Schiller.
“He wanted all children undergoing treatment to have the same high-quality health care he had had as a child,” his mother said. Mr. Schiller was the first to hold the insurance specialty job at CHOP and excelled at it. In 2016, he received the David Beeler Excellence in Direct Practice Award from CHOP’s department of patient and family services. The award honors a social worker who shows outstanding skills working with patients and families. “He was the person at CHOP for mitigating insurance barriers to care,” Maiale-Howell said. “His expertise was felt at a regional and national level when he presented papers at conferences. There was no one like him. He was so resourceful, so smart, and so completely devoted to the children.” Born in Philadelphia, he was the son of Bob and Maryanne Schiller. When he was 6 years old, he was diagnosed with a brain tumor. He underwent surgery and cranial radiation at CHOP and recovered, graduating from Friends’ Central School in 2001. After earning a bachelor’s degree in psychology from the University of Pittsburgh in 2005, he worked at a Harvard University neuroscience research laboratory in Boston. He earned a master’s degree in social work from Boston College in 2010 before returning to Philadelphia. At age 7, he began taking piano lessons and stayed engaged in music his entire life. An accomplished jazz pianist, he played in jazz bands in school and college, and later, with friends in a jazz trio. “He had a passion for music, both listening to it and performing,” said trio member Scott Horowitz. “We were all kind of professional musicians, who had moved into other phases of life and enjoyed creating music together.” Horowitz described Mr. Schiller as "a warm and caring person who put a lot of time into maintaining the personal and family relationships that meant a lot to him.”
Mr. Schiller was an avid fan of the Eagles.” I know a lot of passionate fans in Philadelphia, myself included, but he was the most passionate,” Horowitz said. When they won the 2018 Super Bowl, “he was over the moon,” Maiale-Howell said. He enjoyed good food, especially the Passyunk Square restaurant scene in South Philadelphia. He savored the local cuisine while on trips to New Orleans and Montreal.
In November 2017, Mr. Schiller was diagnosed with a tumor in one of his sinuses. This recurrence of cancer was most likely related to the radiation that saved his life as a child, according to his mother.
“We always knew a recurrence could happen, but, as many years went by, we were increasingly hopeful that it would not,” she said. He underwent surgery and proton radiation in early 2018 and did well for a year, but the cancer metastasized. Despite that, Mr. Schiller remained upbeat. On his last day of work in August, he helped patients and colleagues. “It was the saddest and loveliest day of my professional life,” Maiale-Howell said. In addition to his mother, Mr. Schiller is survived by a sister, Brana S. Petrongola, and his stepfather, John R. Attanasio. His father, Bob, died of brain cancer in 2005. A memorial service will be held at 9 a.m. Friday, Oct. 11, at Beth Am Israel Synagogue, 1301 Hagys Ford Rd., Penn Valley. Burial is private. Donations may be made to the Pennsylvania Health Law Project, 123 Chestnut St., Suite 400, Philadelphia, Pa. 19106 or via phlp.org.