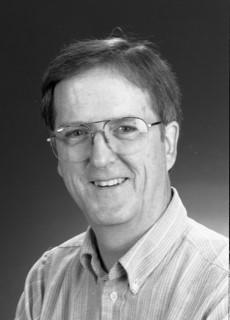 Kevin Arthur Gratton of Olathe, Kansas, passed away peacefully in his sleep on August 28, 2019.  He survived a long struggle with pancreatic cancer diagnosed on July 8, 2018.

Kevin was born on October 3, 1941, to Henry Patrick (Lyle) Gratton and Mary Jane Jordan Gratton at Trinity Lutheran Hospital in Kansas City, MO.  He graduated from Troost Elementary School where he found his first love, teaching, when he tutored second and third graders.  He attended eighth grade at Paseo High School before entering Rockhurst High School.

During high school, he was student manager of the football and track teams, played Sousaphone one year in the band, and was a member of the National Honor Society, among other activities.  After graduating with the great class of 1959, he entered Rockhurst College (now University).  He had a double major in Chemistry and Education, with minors in Math/Physics and Philosophy, graduating in 1963.  For one year, he was a chemistry laboratory instructor at Rockhurst High School which was then on the same campus as the college, and also at the college.  These experiences solidified his interest in teaching as a profession. He was the Midwestern Twang in the language laboratory at Rockhurst College, and was active in the People-to-People program. Outside of school, he ran a concession stand at Starlight Theater in Swope Park in Kansas City, which fueled his interest in musical theater.

During the summer before graduate school, he worked in the laboratory at Deady Chemical Company in Fairfax District, Kansas City.   Once in graduate school at the University of Kansas, he earned his keep as a graduate teaching assistant under the master teacher, Dr. Clark Bricker.  That Kevin had an aptitude for teaching was exemplified when he received the Raymond Brewster award for first or second year teaching assistants.  Kevin’s thesis was Titanium(III) Chloride Complexes with Selected Amino Acids.  He graduated with a Ph.D. in Inorganic and Analytical Chemistry in January 1968.

However, the most important event of his life was meeting his future wife, Mary Kathleen Tatum, on a blind date on February 8, 1964.  They were married on June 5, 1965.

In October, 1967, he began employment as a Sales Research Chemist at the E. I. du Pont de Nemours Company at the Chestnut Run Laboratories in Wilmington, DE.  He worked on detergent builders, zinc rich paints, uses for colloidal silica, and fumeless galvanizing fluxes.  He was awarded patents in Belgium, Great Britain, and Italy for Fumeless Galvanizing Fluxes.  He then accepted the position of Laboratory Manager at Deady Chemical Company, now known as Olin Water Services.

In 1973 Kevin began teaching chemistry at night at Johnson County Community College.  He began full time in 1975 and was proud to have taught all the chemistry courses except biochemistry during his tenure.  He also taught the Physical Science course and the Television course, Cosmos.  He was a member of the Speakers Bureau offering The State of Education, a College Teacher Perspective and Nuclear Energy:  A Primer.  He was awarded the Distinguished Service Award ten times and the Burlington Northern/Santa Fe Teaching Award three times.

In 1986, he was chosen for a Fulbright Teacher Exchange to England and taught twelve to eighteen-year-olds chemistry and computing at Lancaster Royal Grammar School in Lancaster, England.  He and Mary K. returned to England in 2005 on their 40th wedding anniversary where they stayed in Hazelwood Castle in Yorkshire to celebrate.  During the month the also traveled widely in England, Scotland and Wales.

Before retirement, he was chosen as a Senior Scholar and as his project wrote:  Slide Rules to Biotechnology:  A Mostly Oral History and Personal Memoir of the Science Department at Johnson County Community College, Fall 1969-Spring 2009.   His name was added to the JCCC Wall of Honor in August 2019.

As a result of his fascination with genealogy acquired after a family reunion in the 1990s, Kevin could trace those who preceded him in death back four Jordan generations, four Gratton Generations, and six Coalter Generations. He is particularly proud to have met and known the descendants of Hugh Gratton and John Gratton, his grandfather’s brothers.  And he is the first cousin twice removed of that Irish Socialist James (Jimmy) Gralton, about whose life the movie, Jimmy’s Hall, recounts.

He is also preceded in death by two brothers, Henry Johnston (John) Gratton and Patrick William Gratton, and a sister-in-law, Joann Ooton Gratton.

Visitation will be held at 9:30 a.m. followed by a service at 10:30 a.m. in the Stone Chapel, Holy Trinity Catholic Church, Lenexa, Kansas.  Contributions to Olathe Health Care Hospice is suggested in lieu of flowers.