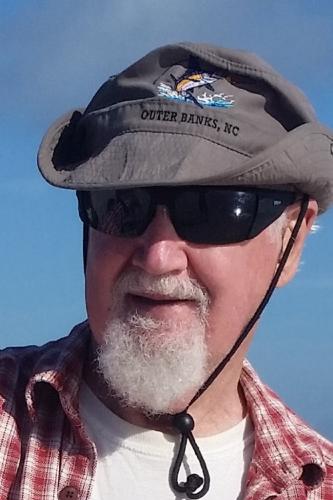 He was born Jan. 24, 1937, in Heckscherville, a son of the late James and Jean Bagdanowicz Heffron. He was the eldest of four siblings.

After graduating from Cass Township High School, he served in the Navy. After his discharge, he received his degree from Penn State University. On June 6, 1975, he married the love of his life, Lois Eleanore Heffron, who preceded him in death in 2011. He was a man of strong Catholic faith, and contributed generously to St. Ambrose Church and the Catholic Hoima Diocese in Uganda.

While he retired from Air Products & Chemicals, where he was an R&D project engineer after 30 years, Jim "Pop-Pop" Heffron will be remembered for his charity and service to others and for sharing his wisdom with the large family he built with his beloved wife, Lois, aka "Grammy." He loved the outdoors, especially fishing trips on the Susquehanna River, vacationing in OCMD and "OBeX" telling stories to his grandchildren and great-grandchildren and cheering on the Philadelphia Eagles. He instilled in his family an unmatched sense of humor, faith, and the belief that anything can be fixed without the help of professionals. Above all, he taught his family to always be there for each other; a promise they vow to carry on forever in his and Lois' honor.

He was preceded in death by his wife, Lois, and grandson, Marc Tobash, Orefield.

A Mass of Christian Burial will be celebrated at 10:30 a.m. Monday, Aug. 5, at St. Ambrose Church, Schuylkill Haven. All are invited to attend a visitation in St. Ambrose Chapel from 9:15 to 10:15 am. Interment in Schuylkill Memorial Park.Mahal-Ritzel Funeral Home Inc., Minersville, is entrusted with the arrangements.