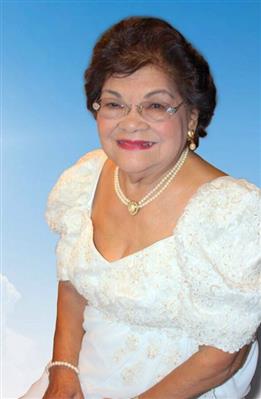 Our mother, Mary Louise Guevarra Bautista, of Walnut Creek, California, passed away peacefully with her family at her side on Wednesday, July 24, 2019, at the age of 92.

Mary Louise was born in San Diego, California, on June 17, 1927 – daughter to the late Felix Guevarra and Maria Christina Aguila.

She grew up in a convent in Washington State and at the age of 16, went to the Philippines to join her father, who was stationed there in the US Navy. While in the Philippines, she joined the US Army Women’s Nursing Auxiliary Corps attached to Signal Corp that was the Paragliders, 11th Airborne Unit. She provided medical and nursing care to the wounded soldiers during WW II. In the Army, she met our father, Alfredo Gayta Nueva, Sr., a Lt. Colonel in the US/Philippines Army. She married and had 12 children. Both our parents were judo instructors. Our mother was a brown belt in judo from the Kodokan Judo Institute in Japan. She was a member of the judo and karate group of the National Bureau of Investigation (NBI) and was the first woman to hold a black belt in the Philippines. In the Philippines she worked with the Highway Beautification, she also managed our family business of sewing judo uniforms sold to judo students.

After 27 years of marriage, my mother became a single parent and returned to the US. She proved hard working, not timid to take on diverse job opportunities offered to her, such as teaching at elementary and middle schools in the San Francisco Unified School District. She eventually gave up teaching to pursue a career at San Francisco General Hospital as a Central Supply Supervisor. During her time in role, she was studious and excelled at exams to keep her skillset relevant and often came home with test scores of 100%. She retired from General Hospital after 20+ years at the age of 72.

Our mother was artistic and enjoyed drawing and painting. She also enjoyed dancing and music, attending Fred Astaire dance classes. But most of all, she treasured spending quality time with her children and family. Our mother had many talents, but she will be most remembered as the matriarch of our family who was the “glue” that kept us together.