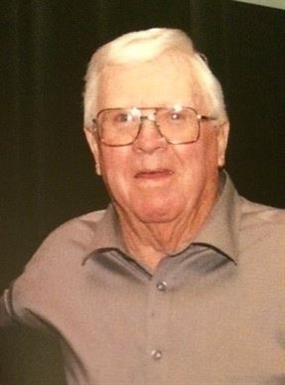 at home with this family by his side. He was a longtime resident of San Bruno.

(deceased). Loving brother to Patrick Bowler (Judy). He was a native of San Francisco

attended St. Anne's school and Riordan High School. He grew up in the Sunset District.

Eamon is survived by his loving wife of 60 years Jane. He was a devoted father to Susie

Hendrick, Shelley Kamiyama (Russ), and Tim Bowler. His pride and joy were his grand-

After high school, Eamon joined the Navy and served in the Korean War. He worked for the

City and Country of San Francisco for 42 years, as groundskeeper  for various golf courses

and was a Municipal Stadium Groundskeeper for Candlestick and Kezar Stadium.

where he took care of his grandchildren when needed..

He was proud of his Irish Heritage  and loved to watch college football, especially Notre Dame.

He was an avid golfer. Although he would never admit it, he did like the local teams, SF Giants

was involved with Pop Warner Football. He volunteered at his grandson's school baseball teams

and he was well know throughout the community. He had no filter and that's what made him special,

He was one of a kind and loved to laugh. He was loved by many.