The Life of MAGDALENA HORNER 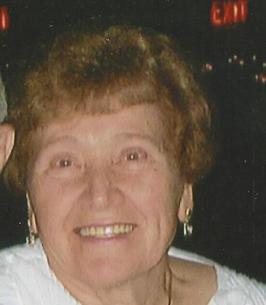 Magdalena Horner, 90, of West Lawn passed away Thursday, September 10th, 2020 in the care of Reading Hospital. She was the widow of Andrew Horner, Sr., who passed away November 10, 2010.Born in Brestovac, Serbia (former Yugoslavia), she was the daughter of the late Nicholas and Marie (Graff) Werner.Magdalena was a member of Sacred Heart Parish.Magdalena worked as a seamstress for many years at the Berkshire Knitting Mills and later for Camp McGuinness sock manufacturing until her retirement. She keep busy as a housekeeper in her later years.She was proud to have lived in the house she and her husband raised their family in until her final days. She maintained the beautiful garden herself and blessedly remained independent. She was a loving wife, mother, and grandmother, and she absolutely adored her great-grandchildren.Magdalena will be remembered by her son, Andrew Horner, Jr., of Laureldale, and his friend Doreen Daniels; her granddaughter Erika Nelson Peters, wife of Andrew Peters, of Beersville; and her great-grandchildren Bailey Brossman, Dylan Peters, and Emma Peters.In addition to her husband, she was predeceased by her sister, Marie Howe.In lieu of flowers, Magdalena's family asks that contributions in her memory be offered to the American Heart Association, 968 Postal Rd #110, Allentown, PA 18109.A prayer service will be held on Wednesday, September 16, 2020 , at 11:00 am at the Edward J. Kuhn Funeral Home, Inc. 739 Penn Avenue West Reading, PA 19611 with Deacon William Kase of Sacred Heart Parish as officiant. Friends and family are invited to view on Wednesday, September 16th, 2020 from 10:00 am until 11:00 am at the funeral home . Burial will follow at Gethsemane Cemetery.