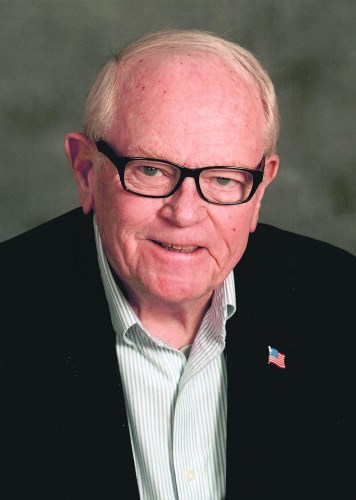 The Life of JOHN C. SHERMAN

John C. “Jack” Sherman, 86, died peacefully, on September 18, 2022 in his Blandon residence. Born February 26, 1936, in Cincinnati, OH, he was a son of the late Charles J. and Jane D. (Didot) Sherman. Jack was a 1954 graduate of St. Xavier High School, Cincinnati, OH and a graduate of Xavier University, where he earned a B.S. in chemistry in 1958 and an MBA in marketing in 1969. He proudly served his country in the U.S. Army Reserves. Jack spent his entire career with Carpenter Technology, starting as a salesman in 1959, and retiring as a Vice President and General Manager in 1990. Surviving are his children: James J. Sherman of Blandon and Joan A. (Sherman), wife of Mark R. Garza of Blandon. A Mass of Christian Burial will be celebrated Friday at 11 a.m. St. Mary’s R.C. Church, 14833 Kutztown Road, Kutztown, PA 19530. A visitation will be held from 10 to 11 a.m. in the church. Entombment will be in the Chapel of St. George at Gethsemane Cemetery. In lieu of flowers, contributions may be made to: St. Mary’s R.C. Church, at the above address, and/or UPMC Hillman Cancer Center, hillmanresearch.upmc.edu/giving, to honor those at Hillman who contributed to his successful cancer battle. Stitzel Family Funeral Homes & Crematory, Inc., Reading is in charge of arrangements.