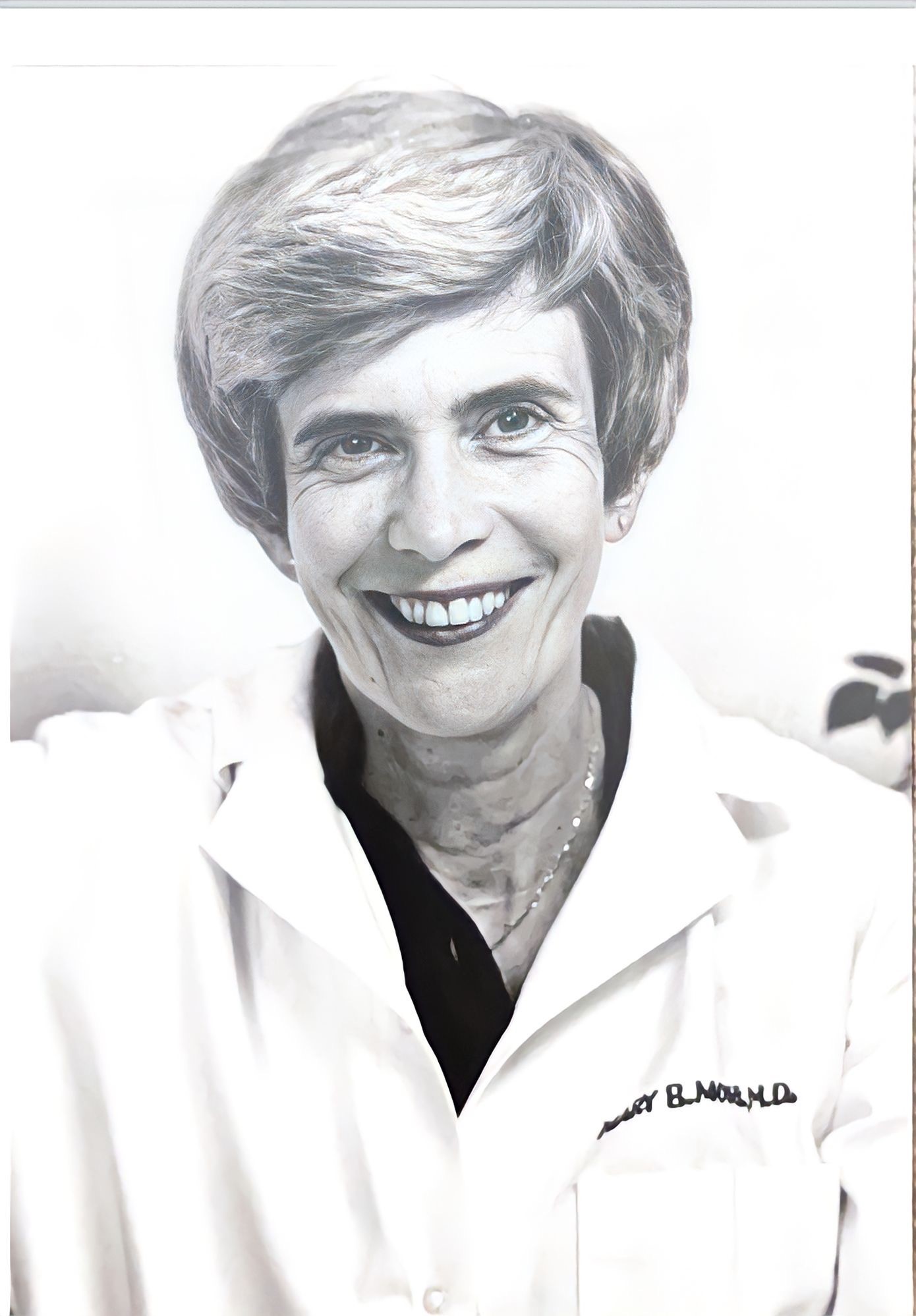 Mary Elizabeth Moore Greenstein, MD, of Gladwyne, Pa, passed away on November 30, 2022 after a brief illness. Born in New London, Connecticut on December 7, 1930 she was preceded in death by her parents Stansell Pickens Moore and Alice Streckfuss Moore, and her loving husband, Stanley Greenstein.

A woman before her time, Mary paved the way for future generations of women in medicine, holding a PhD in Psychology from Rutgers University, and an MD from Temple University School of Medicine. Going on to complete a residency in internal medicine and a fellowship in rheumatology at Temple, Mary joined the faculty at the School of Medicine, rising to the rank of Professor. Highly regarded at Temple and in the wider field of internal medicine, she held awards for her teaching excellence and clinical research (including her work in Lupus treatment). Following many years at Temple, Mary continued her passion in medicine joining the faculty at Albert Einstein Medical Center in Philadelphia, where she headed the Division of Rheumatology and subsequently the Arthritis Center at Albert Einstein. She was known widely as a caring physician by her colleagues and patients.

“Mimi” is survived by her maternal nieces Ruth Durkin Mallett (Russ), Jane Durkin Samuel (Frank) and nephew Martin Durkin (Amy), children of her “sister” (cousin) and confidant Jane Anthony Durkin (deceased); her nephews by marriage Matthew Kline, M.D. (Diane), Andrew Kline; and the many children of her nephews and nieces and her special mentee.

As one of few female physicians from her generation, Mary was very vocal about women’s rights, telling stories to family members of how difficult it was to secure acceptance as a woman into the graduate programs for not only her PhD, but subsequently her MD. One of only two women in her medical school class, Mary was very fond of the many fellow students at Temple medical school who accepted her as an equal. She proudly considered herself a part of an older generation of women that continued to trailblaze a path for women’s equality in society and in particular the sciences. She was forever grateful to her alma maters, especially Temple University School of Medicine and its Dean at the time for seeing beyond her gender, focusing instead on her intellectual capabilities and passion for helping others in need of care.

A renaissance woman, Mary had many passions outside of medicine including her beloved animals (cats and dog, Pogo), fly fishing, teaching English as a Second Language and writing poetry. Following retirement in 2003 Mary returned to her poetry writing, going on to publish many poems to critical acclaim. Her work has been featured in numerous journals and anthologies including Light Quarterly, Möbius, The Raintown Review, Verbatim, The Eclectic Muse, The Mid-America Poetry Review, as well as her own two, November Day (Shadow Ink Publications) and On the Path, (Alabaster Leaves Publishing).

The family would like to make special recognition of the close personal relationship that developed between Mary and her friend and “caregiver” Linn Ballard.  The family would also like to thank all the staff of Waverly Heights, and the doctors, nurses and hospice staff at Bryn Mawr Hospital for not only the incredible care that they provided to Mary, but especially the compassion and the dignity accorded to Mary as she entered the final stages of her life.  In lieu of flowers, donations can be made in Dr. Mary Moore’s name with the charitable institution, Guiding Eyes for the Blind, located in Yorktown Heights, NY.
A memorial service will be held Saturday January 21, 2023 at Laurel Hill Funeral Home, 225 Belmont Avenue Bala Cynwyd, PA 19004. There will be light refreshments immediately following the memorial service. Condolences for Mary’s family can be left on the funeral home’s website.