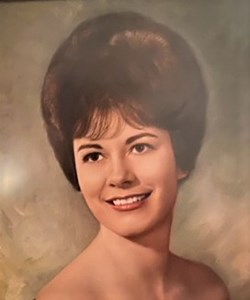 The Life of Linda Louise Allen

Linda was the first child of her parents to be born in a hospital (Porter Sanitarium and Hospital) in Denver, Colorado on January 27, 1943. The three other children came into this family in their home. The New Year came in with World War II rationing. She was the youngest of four children born to Raymond and Elnora Knight and they lived on Logan Street, Denver, Colorado.

Linda’s dad was a Prudential Insurance Agent. Her mother was a homemaker. Both were from Philipsburg, Kansas.

Linda had dark curly hair and loved their family Labrador, Cindy. Their Logan street house was small, so she shared a bedroom with her 10 year older sister Estella. The two boys, Leo and Jim shared a bedroom in the basement. When she was 5 and a couple weeks after school started her mother approached her and asked, “How would you like to go to school?” Linda remembers not answering while her mother took her hand and off to Rocky Mountain Christian School they went. Needless to say Linda’s memories of trying to catch up did not leave her with a good taste for school. The next year she went to public school and made friends with Nancy Nupnau. Nancy has called Linda every year on her birthday since. Nancy died this year of lung cancer.

Linda changed schools several more times, but graduated in 1960 from Denver South High School. She worked several secretarial jobs and then mid-year started college at Lubbock Christian College in Lubbock, TX. It was a junior college and Linda loved it. She has related that she would have one or two dates a day and up to three a day on weekends. Then after two years she transferred to Abilene Christian College, in Abilene, TX where she received a degree in Art Education. There she became close friends with Carol McInnes, Darlene Ashby and Sherilyn Smith. Darlene passed several years ago. But it was Darlene who introduced Linda to her finance's friend, Lynn Allen. Lynn dated Linda for three years before she popped the question “Either get serious with a ring or I am gone to greener pastures”. She got her ring and Lynn got his girl for 55 years. They married on July 8th, 1967 in Denver while Lynn was a Lance Corporal in the Marine Corps.

Linda supported Lynn through a Vietnam tour, birth of Alicia, release from active duty, working as Vice President and General Manager of Alley Nut and Candy Company, graduate school, birth of Justin, high school science teacher, birth of Heather, back on active duty in New Orleans, Kansas City, military retirement, 14 years with Northrop Grumman, two daughters married within 30 days, 18 years wife a church elder, all children married and 7 grandkids until June 2009 and then permanent retirement for them both.

It has been a fulfilled life in many ways for Linda and Lynn. Making it this far, however, Linda has had a painful back for at least 20 years and then a walking cane for years, then a walker and as of late October 2021, was bed ridden.

Linda has now gone on to fulfill her life as a Christian woman in God’s Kingdom without pain and suffering. Blessed be the Lord. They will meet again. It was a great journey.

To view a livestream of the service, click here.