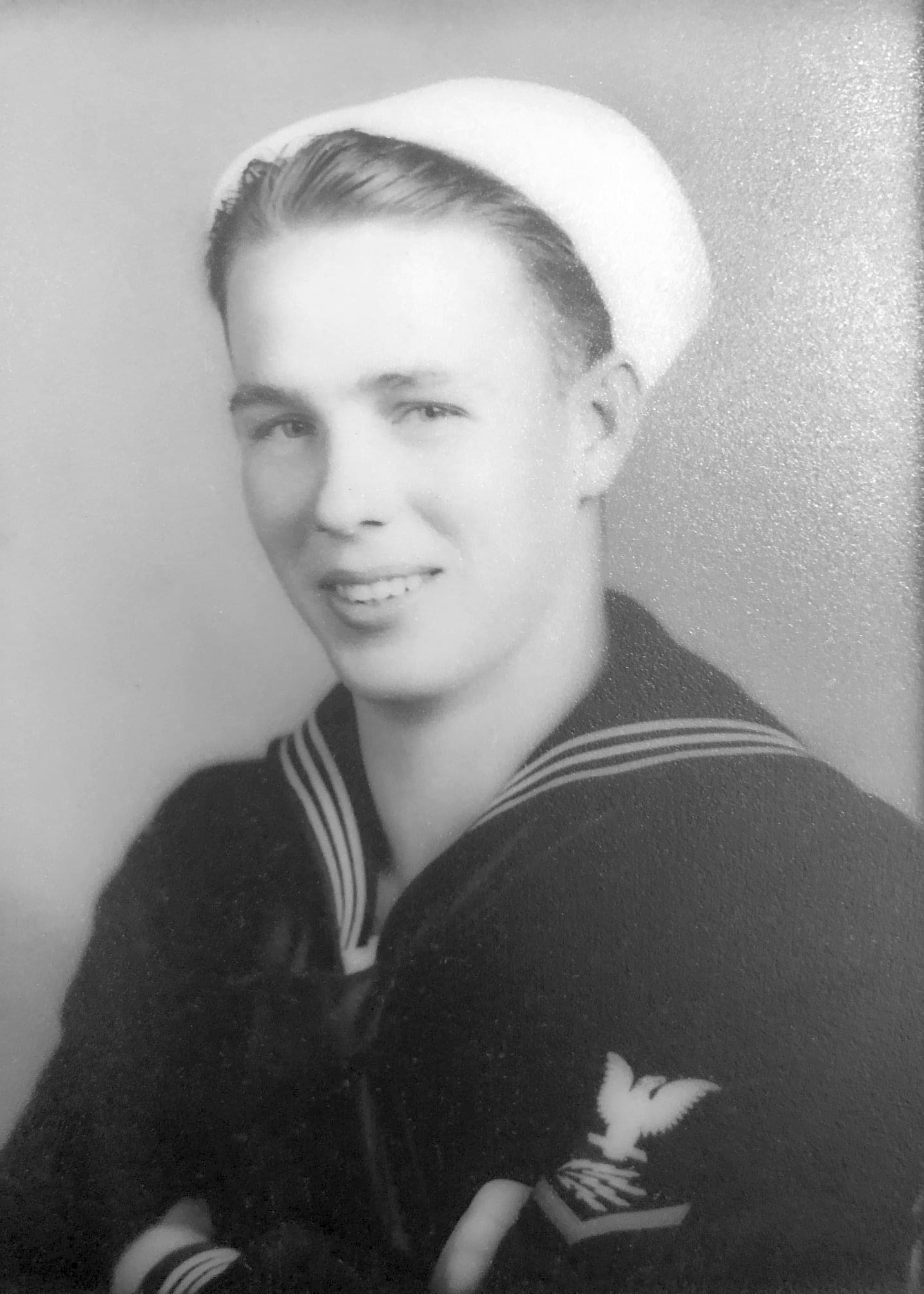 The Life of Charles Montgomery

Charles Andrew Montgomery, 21, formerly of Darby, Delaware County PA died December 7, 1941.  RM 3C Montgomery was  a crew member on the USS Oklahoma, a Nevada Class Battleship, that sank at Pearl Harbor on December 7, 1941. Born in Philadelphia, the son of Herbert and Anna (Taylor) Montgomery, the family resided in Delaware County and settled in Folcroft following the war.  He was a graduate of Ridley High School. Charles was the brother of Herbert and Kenneth Montgomery who have since died. His survivors include nieces, nephews, grandnieces and grandnephews.
As part of the military repatriation practice, Charles is being buried in his family's plot at Arlington Cemetery, Drexel Hill, PA at 11:00 AM Thursday November 10, 2022.
Services provided by Toppitzer Funeral Home.
Condolences/online obituary:www.Arlingtoncemetery.us

Following is an excerpt from a release issued by:
The Defense POW/MIA Accounting Agency (DPAA) announced today that Navy Radioman 3rd Class Charles A. Montgomery, 21, of Folcroft, Pennsylvania, killed during World War II, was accounted for on March 3, 2021.

On Dec. 7, 1941, Montgomery was assigned to the battleship USS Oklahoma, which was moored at Ford Island, Pearl Harbor, when the ship was attacked by Japanese aircraft. The USS Oklahoma sustained multiple torpedo hits, which caused it to quickly capsize. The attack on the ship resulted in the deaths of 429 crewmen, including Montgomery.

From December 1941 to June 1944, Navy personnel recovered the remains of the deceased crew, which were subsequently interred in the Halawa and Nu’uanu Cemeteries.

In September 1947, tasked with recovering and identifying fallen U.S. personnel in the Pacific Theater, members of the American Graves Registration Service (AGRS) disinterred the remains of U.S. casualties from the two cemeteries and transferred them to the Central Identification Laboratory at Schofield Barracks. The laboratory staff was only able to confirm the identifications of 35 men from the USS Oklahoma at that time. The AGRS subsequently buried the unidentified remains in 46 plots at the National Memorial Cemetery of the Pacific (NMCP), known as the Punchbowl, in Honolulu. In October 1949, a military board classified those who could not be identified as non-recoverable, including Montgomery.

Between June and November 2015, DPAA personnel exhumed the USS Oklahoma Unknowns from the Punchbowl for analysis.

Montgomery’s name is recorded on the Walls of the Missing at the Punchbowl, along with the others who are missing from WWII. A rosette will be placed next to his name to indicate he has been accounted for.

For family and funeral information, contact the Navy Service Casualty office at (800) 443-9298.

Montgomery’s personnel profile can be viewed at https://dpaa-mil.sites.crmforce.mil/dpaaProfile?id=a0Jt0000000Xe0HEAS.

Radioman Third Class Montgomery entered the U.S. Navy from Pennsylvania. He was a crew member aboard the USS Oklahoma (BB-37) on December 7, 1941, when the ship came under attack from Japanese forces at Pearl Harbor. The Oklahoma capsized in the attack, and RM3 Montgomery was killed in the incident. His remains were eventually recovered from the vessel; however, they could not be identified at the time and were buried as unknown remains at the National Memorial Cemetery of the Pacific (NMCP) in Honolulu, Hawaii. In 2015, the DPAA received authorization to exhume unknown remains associated with the Oklahoma and reexamine them using advances in forensic technology. RM3 Montgomery's remains were exhumed and accessioned into the DPAA laboratory as part of this effort, where they were eventually identified.

Radioman Third Class Montgomery is memorialized on the Courts of the Missing at the National Memorial Cemetery of the Pacific.