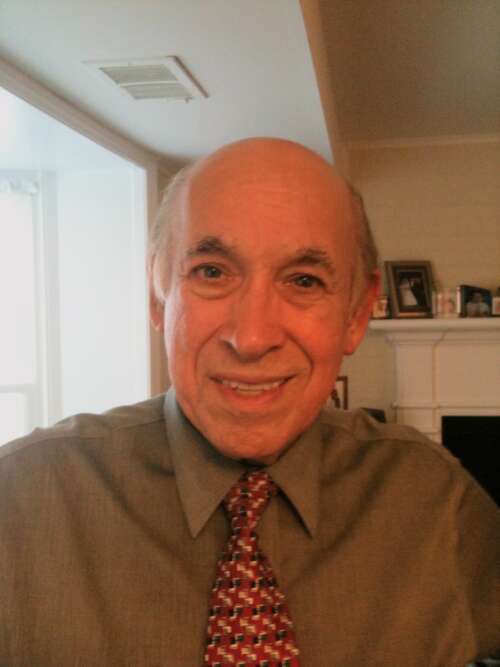 Throughout his life Fil called Texas, California and ultimately Virginia, his homes. He was born in Mission, Texas in 1942 and was the third oldest of four brothers and a sister. Fil grew up in Mission, and then moved to San Antonio to attend St. Mary’s University, where he earned a Bachelor’s degree. Later in his career, Fil attended graduate school where he also earned a Master’s degree in accounting.

Fil married Mary Helen Alonzo on August 7, 1965 in one of the oldest missions in San Antonio. Shortly after marriage, he attended basic training for the U.S. Army Reserve. Fil started his professional career at the U.S. Department of Labor in Dallas. He and his family then moved to Alexandria, Virginia to continue his work in the Department of Labor in Washington, DC. Working in our nation’s capital led Fil to a position in the White House in 1977 during the Carter Administration. In this capacity, he served in the Office of the Director on Audit and Assessment.

While working in the Administration, he enjoyed taking his children to exciting events at the White House, such as the Easter Egg Roll, Independence Day Celebration, and Christmas Tours. Fil then worked for the National Labor Relations Board before moving the family to Burbank, California to embark on a new career in auditing with the Los Angeles Metropolitan Transit Authority and Raytheon.

Fil was politically savvy and ambitious in his career, but also deeply loved and supported his children. As a strong advocate supporting their education, he believed in providing his children with unique experiences and opportunities.

After nearly 20 years in southern California, Fil moved back to Alexandria, Virginia to retire and spend time with his grandchildren who lived locally. He enjoyed frequent travel back to California to visit his children and grandchildren who continued to reside there. He also enjoyed adventures to Alaska, the Bahamas and Disney World. Fil was also active in his community and enjoyed participating in the Pinewood Lake Community Clean-up and Summer Movie Nights at the pool. As a grandfather, he was a fun and silly “Grandpa” who cheered his grandchildren on at their many sporting events and enjoyed bringing them snacks—such as his favorite treat: doughnuts.

A funeral mass will be held for Fil at Good Shepherd Catholic Church on Friday, November 4, 2022 at 11:00 a.m. Following the mass, Fil will then be buried alongside his beloved wife, Mary Helen, at Ivy Hill Cemetery. All friends are welcome to Fil’s mass and interment at Ivy Hill.

Offer Condolence for the family of Filiberto “Fil” Martinez, Jr.