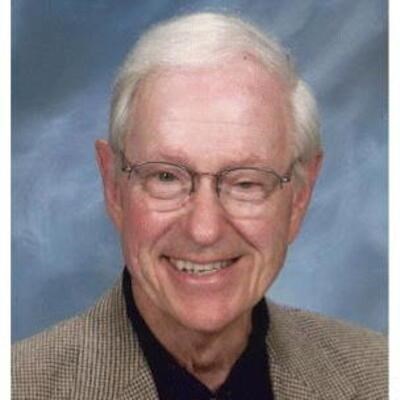 The Life of William Hemphill Jr.

The Rev. William Hemphill Jr. passed on to be with his Lord on January 10, 2021.  Born in 16, 1925 in West Philadelphia, PA, he was the first of four children to William Hemphill and Edith Gulick Hemphill.  When he was 3 years old the family moved to Havertown, PA where he graduated from Haverford Township High School in January 1943.

He enlisted in the US Navy V12 program and was sent to a unit at the Central Michigan Teachers College, and later was assigned to the University of Notre Dame’s Naval Midshipman’s School for Officers’ Training.  Upon successful completion, he was commissioned Ensign in the US Navy and was ordered to the USS Charles J. Kimmel (DE 584) in the Pacific.

Released from active duty, he enrolled at the University of Pennsylvania and completed his A.B. degree in January 1948.  Two weeks later on February 14, he and Sarah Francis Foster were married at Grace Chapel in Havertown.  The following May the newlyweds journeyed to East New Market on the Eastern Shore of Maryland to begin his life’s work as a Methodist  Pastor.

In 1953 he was appointed to Calvary-Asbury Church in Sudlersville, MD and a rural church named Double Creek.  In 1957 the Bishop appointed him to St. Paul’s Church in Cambridge, MD, where his five year tenure was caught up in the emotional issues of the civil rights struggles as Chairman of the Cambridge EEOC.  Also at this time the Vietnam War was intensifying and he was challenged to become a Chaplain in the Maryland Army National Guard.  Many of his church members urged him to do this part-time work because so many farm boys were enlisting in the guard rather than being drafted.

His next appointment was across the state boundary to Wesley Church in Dover, DE.  This rapidly growing congregation included long-time residents, new residents moving to the new corporations in town and families stationed at the US Airforce Base.   His National Guard Chaplaincy was transferred to the Delaware Army National Guard, where he served until he was retired in 1979.

It was during his service at Wesley church that the predominately white Peninsula Conference merged with the historically African-American Delaware Conference in 1964 to become the Peninsula Delaware Annual Conference, the first such merger in the nation.

In 1970 he was appointed Senior Pastor of St.Paul’s Church in Wilmington.  In 1977 he was named Superintendent of the Wilmington District, which includes all the United Methodist Churches in New Castle County Delaware and Cecil County Maryland.

In 2001 he and Sarah became residents of the Willow Valley Retirement Community near Lancaster, PA.

During his 41 years of pastoring churches, Rev. Hemphill also served on many of the Boards and Agencies of the conference, including 25 years as Trustee of the Peninsula United Methodist Homes, Inc.  He was elected delegate to seven Northeast Jurisdictional Conferences and as delegate to four General Conferences of the denomination.  He was also elected to two four-year terms of the General Board of Global Ministries for which he made three mission trips to Africa.

In lieu of flowers the family suggests that memorial gifts could be made to the United Methodist Committee on Relief 475 Riverside Drive, New York, NY 10115 or the Bill & Sarah Hemphill Memorial at the Cecilton UMC, PO Box 326, Cecilton, MD 21913.