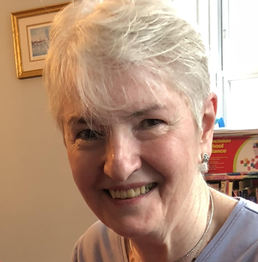 The Life of CLAIRE F LAWRENCE

Claire F. Lawrence, a strong and loving mother, grandmother and friend, passed away peacefully on October 22, 2022, at Abington Hospital.

Claire was the daughter of the late Hermine Eugene and Wilfrid Cyril Davignon. She was preceded in death by her sister, Therese Davignon.

She was a 1959 graduate of Jean the Baptist Academy and went directly into the Army upon graduation from high school. She was initially stationed in Washington DC as the assistant to Alexander Haig in the Pentagon and then she was transferred to work in the same capacity in Paris, France for the Supreme Headquarters of the Allied Powers in Europe. After leaving the service, she returned to Washington DC to work for the Ambassador to Ethiopia where she met and married her husband of ten years, the late Paul Lawrence. While raising her family, she worked as an administrative assistant for many years at Loos & Co. in Pomfret, CT then at Data General in Woodstock, CT and finally at EMC Corporation in Westborough, MA.

Upon early retirement from her work in the business world for medical reasons, she created HugWear—a company in which she made and sold fleece garments at craft fairs throughout New England--with the sole intent to support herself in her later years. True to form, she was able to use those funds to finance her move to Pennsylvania in 2016 to enter into a tiered living community at Rydal Park to be closer to her family and to receive care as her needs grew secondary to Parkinson’s. Her life has been marked by hard-work, humility and humor—all in honor of her family.

A Mass of Christian Burial will be celebrated Friday, October 28, 2022, at 11 a.m. at The Chapel of Resurrection at Gethsemane Cemetery, with burial to follow. A visitation with family and friends will be held Friday from 9:30 to 10:30 a.m. at Kuhn Funeral Home, Inc., West Reading. In lieu of flowers, contributions may be made to the Rydal Park Benevolent Fund, 1515 The Fairway, Jenkintown, PA 19046, in honor of Claire Lawrence.