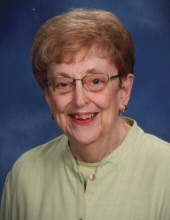 The Life of DONNA YVONNE BERTOGLI

Donna Yvonne Bertogli passed away peacefully July 27, 2022 in Iowa City. Born the daughter of Anton B and Myrl (Smith) Juhl on June 23, 1927 in Eldora, Iowa, Donna spent her formative years in Ankeny, Iowa. She attended Ankeny High School, where she played on a state tournament basketball team, graduating in 1944.

Following high school, she studied dietetics at Iowa State College. Upon receiving her Bachelor’s degree, she completed an internship at Barnes Jewish Hospital in St. Louis. Returning to Ankeny, she served as chief dietician at Iowa Lutheran Hospital for many years.

Donna married Reno Bertogli on September 3, 1950, and they spent their marriage living in the home where she grew up in Ankeny. Donna moved to Iowa City in 2002 to be near her daughter and grandchildren, taking a very active role in their lives. She enjoyed attending dance recitals, concerts, and ball games well into her 80s. She became a member of many teammates’ families as well.

Donna was preceded in death by her parents and by her husband Reno. She is survived by her children, Dana (Heidi) Bertogli and Tina (Kevin) Koepnick; as well as her grandchildren Michael Bertogli and Erica (Winston) Olson, Jacob (Maddie) and Emily Koepnick.

“Gramma” loved her family and they loved her. She will be missed.

The family will observe a private graveside service in Des Moines