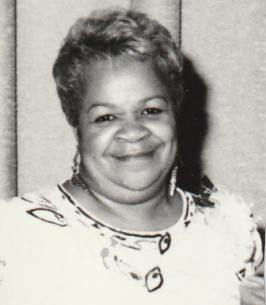 The Life of BERTHA M HOPSON

Bertha Mae Hopson peacefully passed away Thursday, July 21, 2022 while a patient at UPMC East at the age of 88. She resided at 8000 Beacon Hill Drive where she was loved and admired by her senior friends in the building. Bertha was born in Birmingham, Alabama on March 1, 1934 to the late Eula Mae Paige and Emanuel Fuller. Bertha was one of six siblings born to Eula Mae Paige. Bertha was the third oldest child of the six siblings.

Bertha was raised in McKeesport, PA along with her other siblings. Bertha was very close with her four brothers and one sister as they did many things together as young kinds. Growing up in McKeesport provided Bertha and her siblings the opportunity to interact with her other Paige cousins that lived nearby. Bertha inherited & developed her well know motherly instincts from her mother Eula Mae Paige. As a late teenager Bertha was forced into motherhood as she lost her mother, Eula Mae Paige to a sudden heart attack at the young age of 39. Bertha was thrusted in the position of providing motherly guidance to her three younger siblings Ocie Paige, Celestine Paige, and Gary Paige at the loss of mother Eula.

Bertha attended McKeesport high school but was forced leave to care for her younger siblings. However, Bertha went back to school as a married adult later in life to achieve her GED. In addition, Bertha went to Community College in Homewood for Social Community classes that helped her in the social worker field.
Bertha was a very social person, as she was involved in many social clubs and activities throughout her life. She was a member of social clubs such as the Bafenette’s, Elegante’s and the Gallant Ladies that held social/community events that targeted community people in need. Bertha was also known for having great holiday gathering, cookouts, and other wonderful events. Bertha was the primary source or driving force behind most of the family gatherings. She was recognized as the family matriarch from those inside and out of the family. She was mainly responsible for the local Paige annual family reunion.

Bertha also worked for several community spirited organizations during her lifetime. Back in the 1970’s Bertha worked for Concerned Parents in the General Braddock Area. Their focus was providing opportunities for the disadvantaged to employ and education. During the 2000’s Bertha worked for Wilkinsburg Ministries that provided social/economic help for people in need of assistance in the community. She would pass out food to community members that were in need of food. Bertha wore many social-economic hats serving the members of the community while employed at the Ministries.
Bertha was also well known for her fashion and style. Bertha performed in many, many fashion shows over the years. She was always a first call to perform in fashion show for churches and ladies’ clubs. Her style and flair garnered her several Best Dress awards here in the City of Pittsburgh.

Bertha a wonderful and supportive mother to three sons, the late Daryl Paige (Cynthia), Shawn (Lisa), and Dane. Bertha was married to the late Donald Hopson for 31 years, the love of her life. Although they divorced in 1984, they became friends and remained so up to the passing of Donald in October of 2017. Bertha had grandchildren consisting of Dionte Paige, Tamika Griffin, and Raquel Craighead from son of Daryl and Martez Hopson, the son of Shawn.
Bertha was a spirited, loving, and family-oriented person. She loved her family, cousins, siblings, husband, but most of all she loved her three sons, Daryl, Shawn, and Dane. Bertha also loved her two daughter in-laws Cynthia and Lisa like they were her own daughters. She was as proud of them as her sons.
Read More