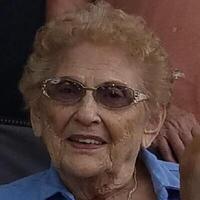 The Life of Mary S Hendricks

Born on April 22, 1932, in Pottsville, she was a daughter of the late Joseph and Mary (nee Onufer) Spolski.  She attended Branch Township schools and worked as a nurse’s aide at the former Rest Haven Home and Hospital, retiring in 1992.

Mary raised her ten children in Llewellyn, moving to Minersville later in life.  Among her greatest joys were family reunions, getting to see her family together, including those who lived away.

Anyone who met her would immediately discover that she had a great sense of humor, always ready for a good time and a good laugh.  She loved to travel.  All someone had to ask was “Do you want to go?” and she was ready.  In her later years, she earned the title of “Queen of QVC Shopping”.  What will they do without her?

“Mom”, as she was known to family and friends alike, will be greatly missed, especially by her children, grandchildren and great-grandchildren.

The family will accept visitors at Dutcavich Funeral Home, 200 Sunbury Street, Minersville, on Friday from 6:00 P.M. and on Saturday from 6:00 A.M. until services at 10:00 A.M.  Interment will be in Schuylkill Memorial Park,