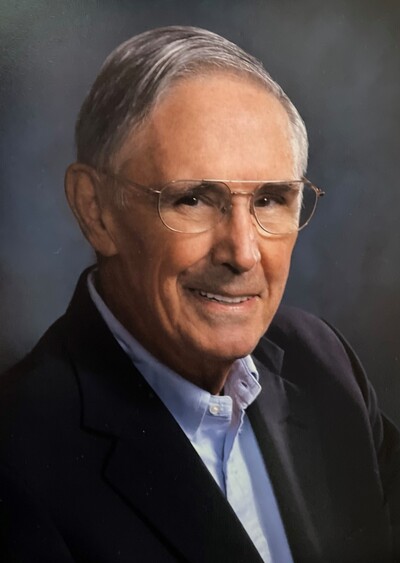 Richard Lloyd Jones, Jr. of Newtown Square, PA, formerly of Swarthmore, passed away on June 1. He was 93.

Born on July 23, 1928, in Drexel Hill, Richard was the son of the late Lloyd and Elizabeth Jones. He grew up in Alden and Swarthmore, graduating from Swarthmore High School in 1947. He then attended Washington and Lee University, graduating with a degree in Business in 1951. He was a member of the Delta Tau Delta fraternity.

Immediately after college, he married Carolyn Morse Jones, his childhood sweetheart, with whom he spent 70 happy years. Richard was commissioned in the Navy during the Korean War, going in as an ensign after OCS and coming out a full lieutenant. His favorite assignment was serving on the Weidier, a minesweeper, in the Mediterranean. He thoroughly enjoyed his four years in the Navy.

After the Navy Richard went to work for Lehigh Materials/Warner company, which manufactured lightweight aggregate for monolithic concrete, in Lansford, PA. After 3 years they were lured back to Philadelphia where Richard went to work for his family‘s business, Jones Fuel and Heating Company in Alden, PA, which he later took over from his Father. Twenty-two years later, at the age of 50, he sold the company and bought Copper and Brass Sales in Collingdale, PA. Ten years later he sold that company and retired. Throughout his career Richard was very active serving on various boards of directors and involved in trade associations related to the two businesses.

Richard enjoyed a close family and, when not working, involved them all in his other two loves, golf and boating. He joined Aronimink Golf Club as a junior member and played, often with a low handicap, the rest of his life. As soon as his children learned to swim he bought his first of four boats where countless hours were spent exploring the Chesapeake Bay and beyond. He was a member of Corinthian Yacht Club of Philadelphia. He also helped start two fun clubs, Crum Creek Yacht Club on the Chesapeake and Trestle Cove Yacht Club in Boca Grande, Florida.

Richard is survived by his daughter Elizabeth Jones of Swarthmore, several nieces and nephews, and many lifelong friends. He was predeceased by his wife Carolyn, son Gordon, and brother Barry.

Services will be private. In lieu of flowers, the family requests contributions be made to the J. Wood Platt Caddy Scholarship Fund at plattscholar.com.