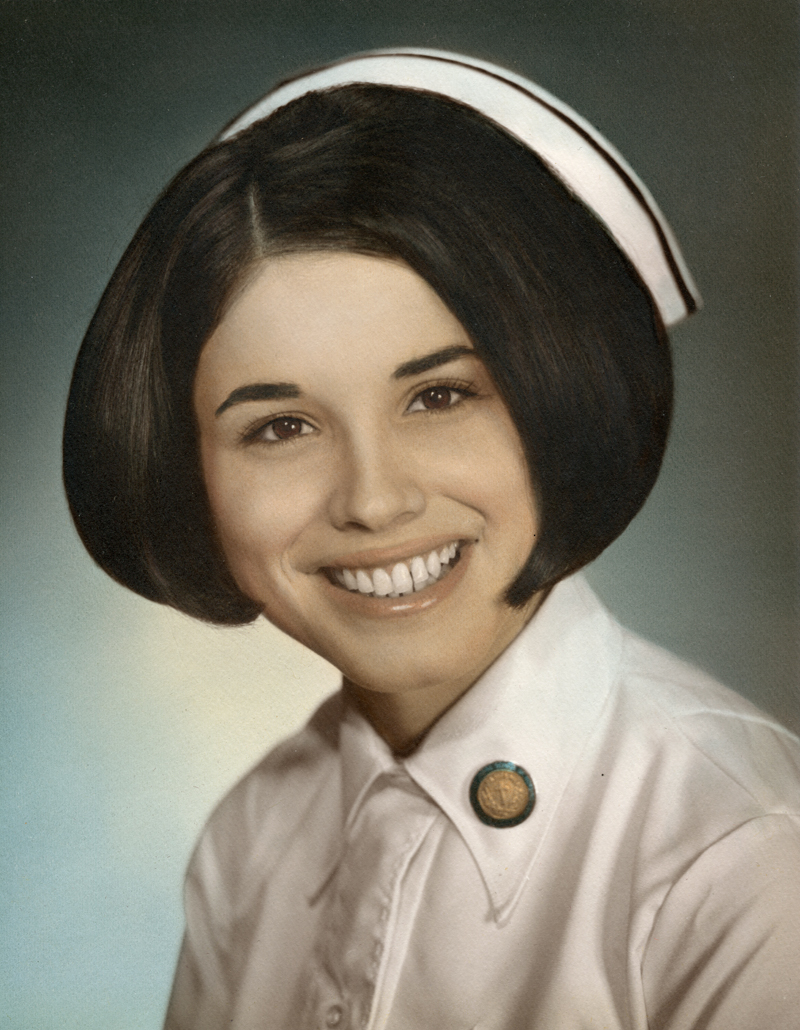 JoAnn Humphreys passed away at her home on December 27, 2014 after a three year battle with Ocular Melanoma Cancer. Preceding her in death were her parents; Michael’s parents, Millie and Lefty Humphreys; brothers-in-law, Phillip Nolte and Bob Humphreys; and nephew, Brad Nolte. Millie considered JoAnn to be the daughter she never had.JoAnn was born on May 7, 1947 to Gene and Geneva Galeazzi of Melcher, Iowa. JoAnn graduated from Mercy Hospital School of Nursing in 1968 and began her 46 year career at Mercy Des Moines in the Emergency Department and the Intensive Care Unit before moving into teaching. JoAnn received the prestigious Catherine McAuley Award for Nursing Excellence from Mercy College in 2004. She retired in 2014 as the Director of Nursing Programs at Mercy College after earning a BSN degree from Grandview, a MSN degree from Drake, and her Doctorate in Education from the College of St. Mary. JoAnn and Michael Humphreys were married September 13, 1969 and blessed with a son, Tyler.JoAnn was loved and respected by everyone she came in contact with whether it be Mercy colleagues, students, or her dearest friends. She loved the Iowa Hawkeyes and traveling. Her favorite place being Bryce Canyon National Park where she loved the sunsets. She will now forever enjoy those beautiful sunsets.She is survived by her husband, Michael; son, Tyler; brother-in-law, Steve Humphreys; six siblings, Dennis (Nancy) Galeazzi, Rebecca Nolte, Carol (Steve) Ross, David Galeazzi, Linda Winkelmann, and Michael (Tamara) Galeazzi; many nieces and nephews; close family friends, Shields and Diggins, and the “Greenbrier Girls”.A visitation will be held on Friday, January 2, 2015 from 5 to 7:30 p.m. at Hamilton’s on Westown Parkway, 3601 Westown Parkway in West Des Moines; and a Memorial Mass will be celebrated at 10:30 a.m. on Saturday, January 3 at Sacred Heart Catholic Church, 1627 Grand Ave. in West Des Moines.In lieu of flowers, memorial contributions may be directed to the Holden Cancer Center at the University of Iowa or to Mercy College.