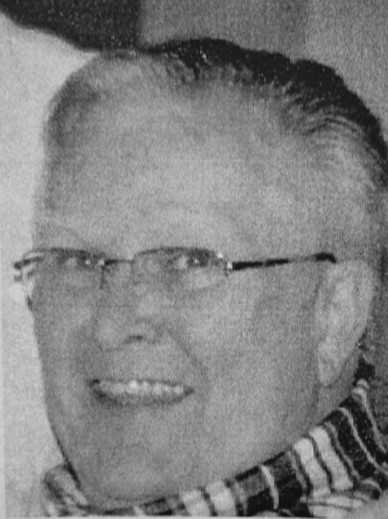 The Life of LARRY NEAL MOLDERMAKER

Larry Neal Moldermaker, 78, born September 15, 1942, in Morrison, Illinois, died on September 1, 2021 in Mesa, Arizona. He was born to George W. and Ellamae (Voss) Moldermaker of Fulton, Illinois.Larry attended Fulton Grade School and graduated from Fulton High School. He went to Central College in Pella, IA and graduated in 1964. After college he worked at Hawkeye Security Insurance where he retired in 1999.During his working career, he left Hawkeye Security Insurance for a few years and worked at various jobs including Rock Island Motor Freight, Ruan Trucking, Aspen Ski Corporation and a few others before returning to Hawkeye Security Insurance. He was awarded Boss of the Year in Des Moines, Iowa.Larry also joined the Illinois National Guard in 1964 and was discharged in 1970.He participated in sports while in high school and college. In high school, the highlight of his basketball career was going to state with his teammates. He was inducted in the Shoot the Bull All-Sports Hall of Fame in Illinois on April 3, 1993.He married Sandra K. (Bruce) Moldermaker on April 25, 1981.His hobbies were watching sports, golf, bowling, fishing, playing cards with family and friends, and going to casinos.He loved his family and friends very much and he is greatly missed by all.A memorial service will be held at 11:30 a.m. on Saturday, May 21, 2022, at Hamilton’s near Highland Memory Gardens, 121 NW 60th Ave., Des Moines, IA 50313, where visitation will be held from 10:30 – 11:30 a.m.He is survived by wife Sandra, sister Linda K. Miley, step-son Michael (Julee) Bruce, step-daughter Laurie Zimmerman, nieces Angie (Joe) Vogel and Sarah (Roy) Rohrbach and their families; 6 step-grandchildren, and 1 step-great grandson.He was preceded in death by brother-in-law Jerry Miley, mother Ellamae Moldermaker and father George W. Moldermaker.Please, no flowers. Contributions may be made to the American Lung Association.