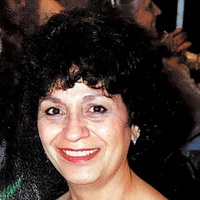 The Life of Anna Gulezian

Anna Gulezian (nee Criniti), 82, of Ardmore, PA died Tuesday, March 15, 2022 at home with her family. Born on January 22, 1940, she was the daughter of the late Lena (nee Tedeschi) and the late Nicholas Criniti. She is preceded in death by her husband Ronald C. Gulezian. She is survived by her daughter, Lee Crane and her husband, Terry; grandchildren, Katelyn and Patrick; sisters Mary Vernacchio (the late Joe Vernacchio), Gloria Muckensturm (Michael) and Donna Wells (the late Robert Wells); her uncle Joe Criniti; as well as many cousins, nieces and nephews.

Anna was born and raised in South Philadelphia where she spent countless days with her cousins, aunts, uncles and grandparents enjoying good times and food. Following her graduation from Southern High School, she worked as an Administrative Assistant for various companies, stayed home to raise her daughter, Lee, then worked at the University of the Arts until her retirement.

Despite moving to Ardmore, Anna religiously took two buses to South Philly to be with her sisters every weekend, Halloween and at the New Year’s Day parade.

She was a kind, self-less person who helped many without expecting anything in return; a passionate animal lover; a huge Mummers fan; a talented artist; and above all, Anna adored her grandchildren, Katelyn and Patrick.

A private graveside service will be held at Arlington Cemetery in Drexel Hill, PA.