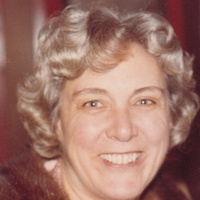 The Life of Grace D Loyle

Grace “CC” (Donahue) Loyle set out for her next great adventure on November 13, 2021. As usual, she has yet to call and tell us she arrived safely. When we next see her, she will certainly say she would have called if there was a problem. No news is good news.. Always the eternal optimist, Grace believed people should worry less and pray more.

Grace was born in Upper Darby, PA on March 12, 1927 to Joseph Harry and Edith (Henderson) Donahue. She was the youngest of three children, and very much loved her elder siblings Ruth and Joe. Grace graduated from Upper Darby High School and attended the University of Pennsylvania where she studied dental hygiene and became a registered hygienist. She married Charles Loyle in 1949 and they had four sons together. She was predeceased by her sons Harry and Jeffrey. Grace is survived by sons Charles Jr. (Stacy) and Michael (Elizabeth). She is survived also by her daughter-in-law Barbara (Harry’s wife) and several nieces and nephews. Grace’s seven grandchildren: Cyanne (Wolf) Loyle Hey, Benjamin (Jennifer) Loyle, Citabria (Joseph) Westbeld, Kellen Loyle, Shannon (Andrew) Chester, Alana (Shawn) Kaut, and Jeffrey Loyle, and nine great-grandchildren were a source of much delight and happiness for her.

Grace worked side by side with her family at Loyle Lanes Bowling Center for almost fifty years. She coordinated the Junior Bowling League for 45 years, made the cakes for all of the birthday parties, and jumped in to do anything else that needed to be done to keep things running. Her sons thought it was really funny that she made such great cakes because as accomplished as she was, she wasn’t known for her cooking skills. The family joke was that when a restaurant advertised home cooking, it should be avoided. She laughed about it too, and let them know the cake came out of a box, the secret was in the seven minute frosting.

Grace was not only a wonderful mother and grandmother, she was an amazing friend and citizen. She volunteered for the Red Cross (past Chairperson Vineland chapter), Spirit and Truth Ministries Soup Kitchen and Clothes Closet, Twice Loved Treasures, Zonta (past president), Vineland Rotary, and the Cumberland County Animal Shelter. She was also a trained HospiceCare visitor for the Veterans Memorial Home in Vineland. While living in the retirement home the last few years, she knitted scarves for the overseas troops. In 1985 she was awarded Vineland’s Citizen of the Year and in 2010 she was recognized as a Vineland Hometown Hero. Her family knows that they are forgetting some of her volunteer jobs, but she never really bragged about her volunteer work, she just did it.

Grace took up bike riding midlife and proceeded to ride all over Europe. Some of her favorite destinations were Ireland, the Netherlands, and Prince Edward Island. On her 80th birthday she completed the 40 mile Bike New York Five Boro tour. Later in life when Grace could no longer bike, she walked. When she could no longer walk for long distances, she sat by the bay.

The truth is you cannot sum up the life of someone like Grace in an obituary. She brought light into a room and handled life’s hardships with her signature grace and a smile, living up to her nickname, ‘Amazing Grace’. She looked for the good in everyone and when she didn’t have anything nice to say she didn’t say anything. She made friends everywhere she went. She loved dogs, watching the birds in her backyard, and playing pool. She was a voracious reader, and enjoyed board games, taking fitness classes, and doing arts and crafts projects. Grace was a woman of faith and truly treasured the relationships she had with her church families. While we are deeply saddened that Grace is no longer with us, we know what really matters is that she lived a life full of love, friendship, and adventure. She had a great ride.

Per her wishes, Grace was cremated. Burial will be at the convenience of the family.