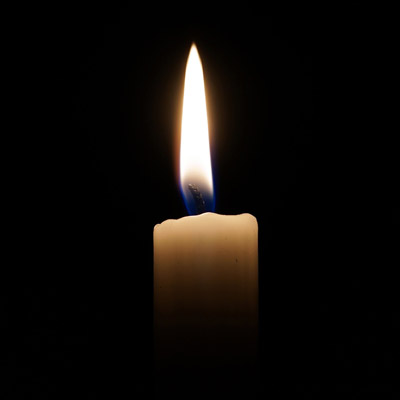 The Life of Herrold (Harry) Stokes

Herrold (Harry) Stokes, 93, Orwigsburg PA, passed away in his sleep on Tuesday while a resident of Maidencreek Place Assisted Living.

Born in Shamokin in 1928, he was the son of the late Edgar and Eleanor Stokes.  He was last employed as an Electrical Engineer by the Pennsylvania Power & Light company where he spent many years working on the construction of the Susquehanna Steam Electric Station in Berwick, PA.

Harry was a 1965 graduate of the University of Delaware with a degree in Electrical Engineering and a proud Blue Hen sports fan.  After working at Dupont prior to earning his degree, he was employed by the Pennsylvania Power & Light company for over 20 years and was a proud member of the National Society of Professional Engineers. He expanded on his education which included early nuclear engineering courses, and became a key member of the PP&L team that constructed the Berwick Nuclear Power Plant, including participating in multiple nuclear regulatory hearings. After retirement from PP&L in 1989, Harry and Betty could be found traveling throughout the States, visiting family, seeing the sites, catching many Blue Hen football games and enjoying their time together.

He was preceded in death by his loving wife Elizabeth (Betty) Wishneski Stokes and his brother Paul Roy Stokes.

Funeral services will be held on Monday at 11:00 A.M. at Grabowski Funeral Home, Schuylkill Haven.  A viewing will be held from 9:00 A.M. until the time of services.  Father Grabowsky of St. Nicholas Ukrainian Catholic Church, St. Clair will officiate.  Interment will follow at Schuylkill Memorial Park, Schuylkill Haven, PA.  In lieu of flowers, the family respectfully requests that donations be made to either the Wounded Warrior Project, P.O. Box 758516, Topeka, Kansas 66675-8516 or the Leukemia and Lymphoma Society, PO Box 22324, New York, NY 10087.  Memories and condolences can be shared at www.grabowskifuneralhome.com

Rest In Peace great man🙏 You were a wonderful neighbor who welcomed us 32 years ago & we have fond memories of the neighborhood picnics & later the haircut visits!  Our sympathy to your family & friends as we say goodbye til we meet again🙏  K & Don & boys.

I met Harry in the 70's at the Susquehanna Steam Electric Station.  When Karen and Charlie married I realized coincidentally that Harry was Charlie's dad.  I always enjoyed talking to Harry about the old days at work and also hearing his stories about the kids, dancing, and his travels.  He'll be missed by so many people.  RIP Harry